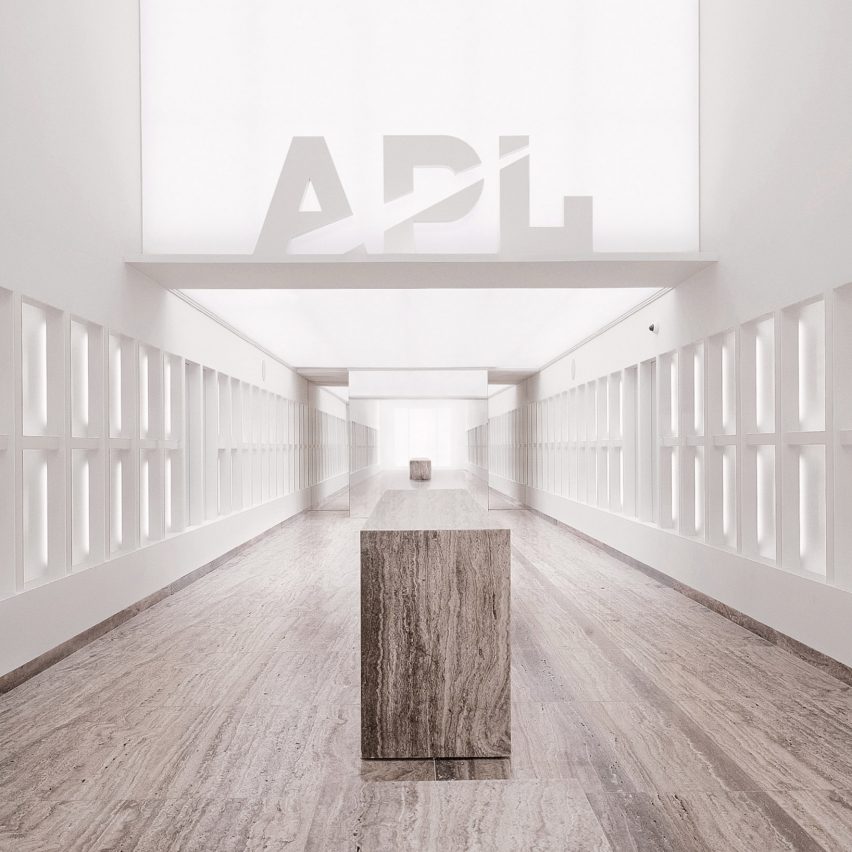 Located in luxurious retail area The Grove, the APL (aka Athletic Propulsion Labs) flagship store is twice as high as it is wide and ten times as long.

APL co-founders Adam and Ryan Goldston wanted the store’s interior design to accentuate these unusual proportions, while tying in with the brand’s minimal, unisex aesthetic. 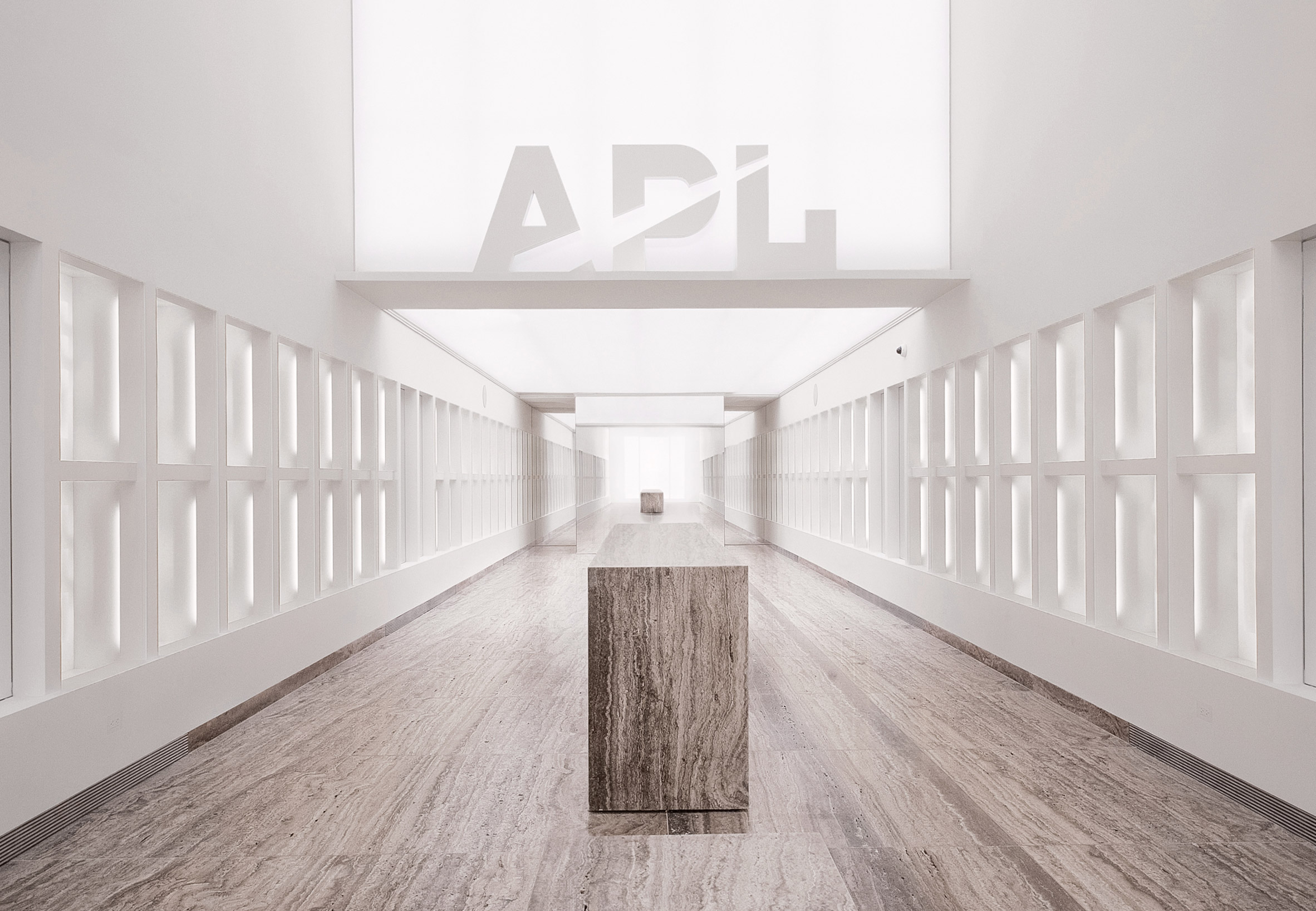 “Our design philosophy has always been simple yet severe, so we created a space that embodies this,” said APL co-founders Adam and Ryan Goldston.

“The space and design are incredibly dramatic but serene at the same time, which was achieved by playing with proportions, colours, materials and our products.”

The long, narrow space made them think of a race track or fashion runway, and given their location in the “City of Angels”, they also wanted the store to bring to mind ideas of heaven.

“The first thing you notice when you enter is the striking height of the ceiling, the narrow width and the incredible depth,” they continued.

“Our ultimate goal with our first flagship is for people to step into the space and walk away with a feeling, emotion, memory and connection they will never forget.” 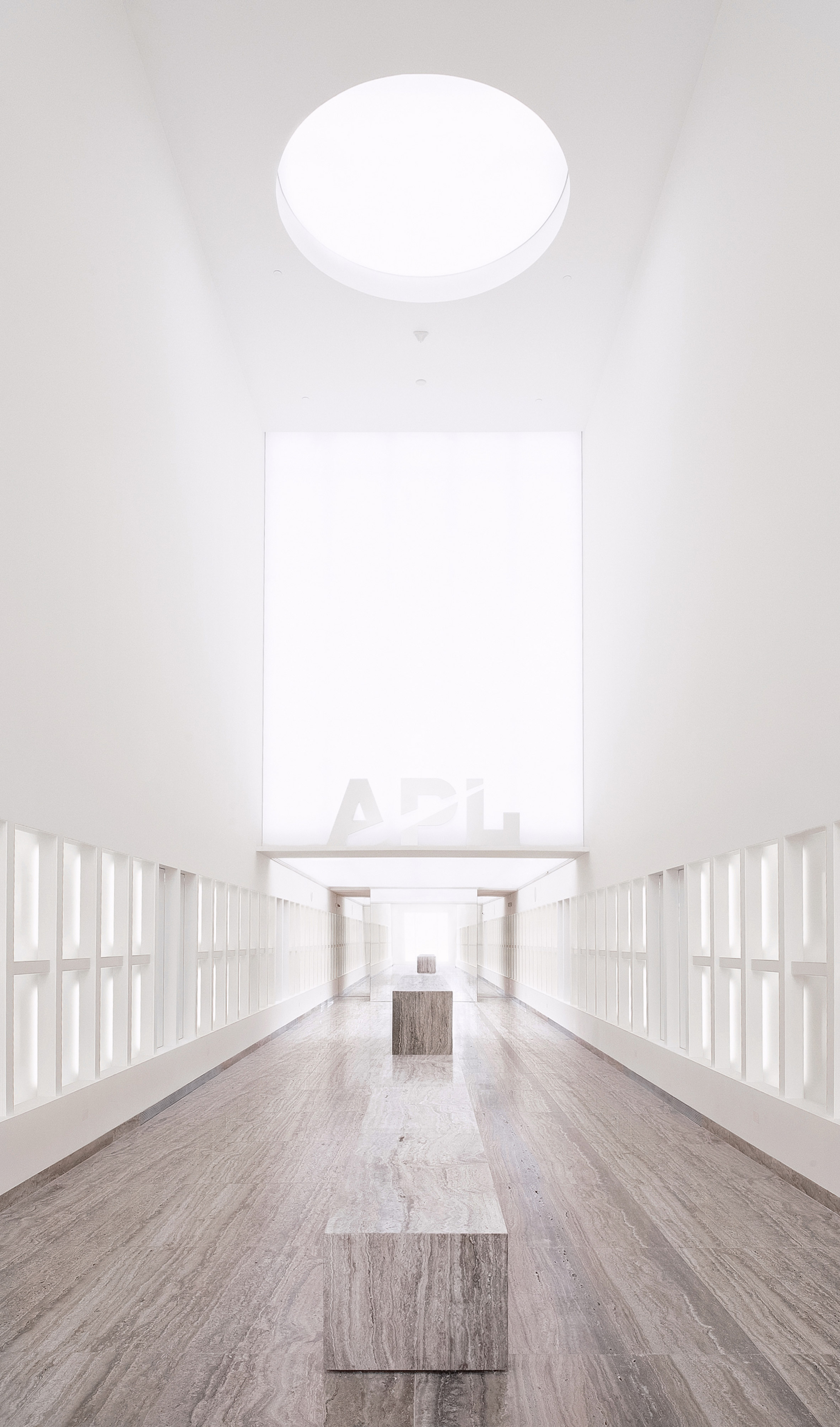 To design the interior, they brought in Brussels-based Dubois, who has previously designed stores for Aesop, Zadig & Voltaire and Valextra, among others.

His Aesop store in Belgium features yellow bricks distinctive to the country’s buildings of the 1930s and 1960s, but used in a new way.

For APL, he used the placement of architectural elements to bring attention to the cavernous 31-foot ceilings, while also drawing the eye to the back of the store through the repeating placement of Barrisol light-boxes and bench seats.

“Every site has specific constrains, characteristics or sometimes strangeness,” Dubois told Dezeen. “Instead of fighting them, I always try to use them as a starting point for the design.”

“The lower ceiling at the back and the light-box fascia increase the feeling of height, as well as the symmetrical central perspective,” he continued.

He chose white paint for the walls and silver travertine tile for the floors and benches, adding to the feeling of a heavenly, light space.

For all of the drama of the 3000-square-foot store, which was originally designed by LA architect Peter Hamilton of Studio HT, there is intentionally little to compete visually with the shoes themselves.

They are colourful and presented in the light-boxes at customers’ eye level. 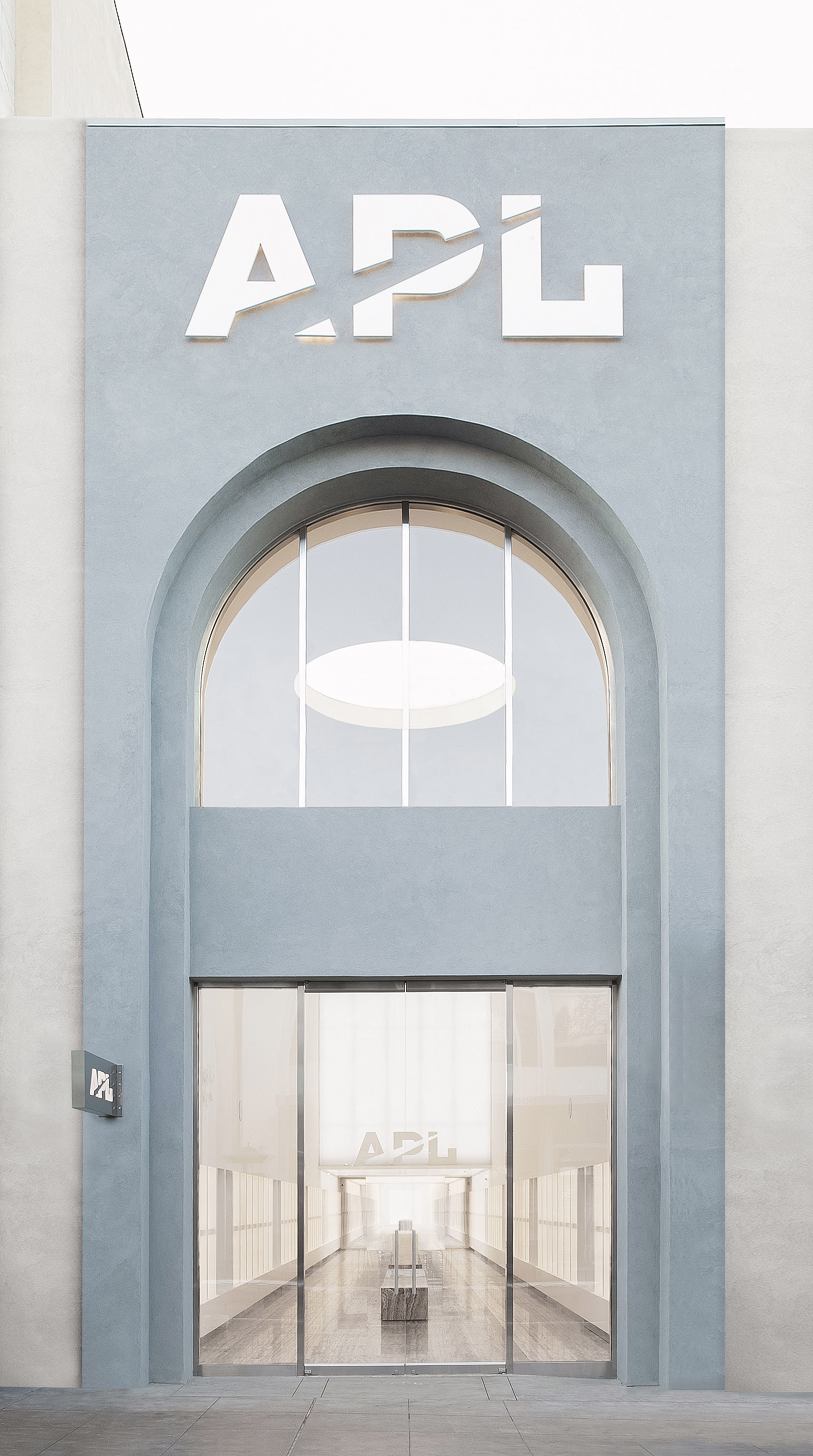 APL has introduced its first kids’ collection via the new store, which opened in November 2019. It has also designed a store-exclusive TechLoom Bliss sneaker in purple and gold in honour of the launch.

The brand aims to expand its retail offering to several international cities by 2022, promising to draw inspiration from each location for their respective store interiors.

The APL store is at 189 The Grove Drive next door to Sephora.