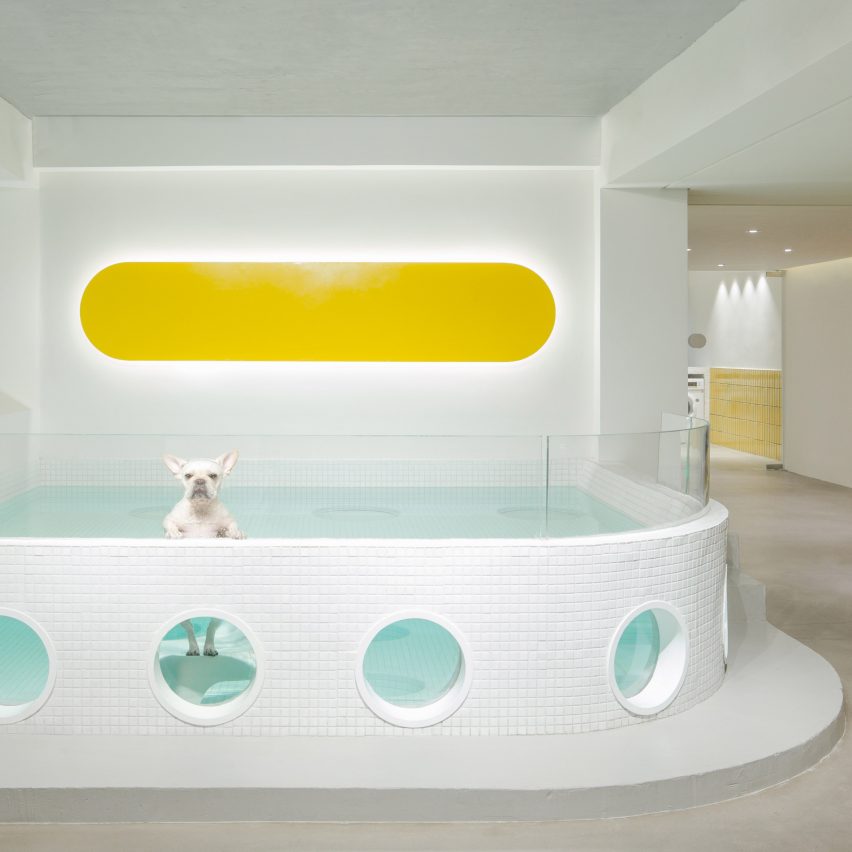 Say Architects has completed a grooming salon for pets in Hangzhou, China, which includes a sunken cafe, playground and a paddling pool where four-legged visitors can dip their paws.

Called Nova Pets, the 450 square-metre space provides a grooming service and areas for owners and their furry friends to socialise with others. 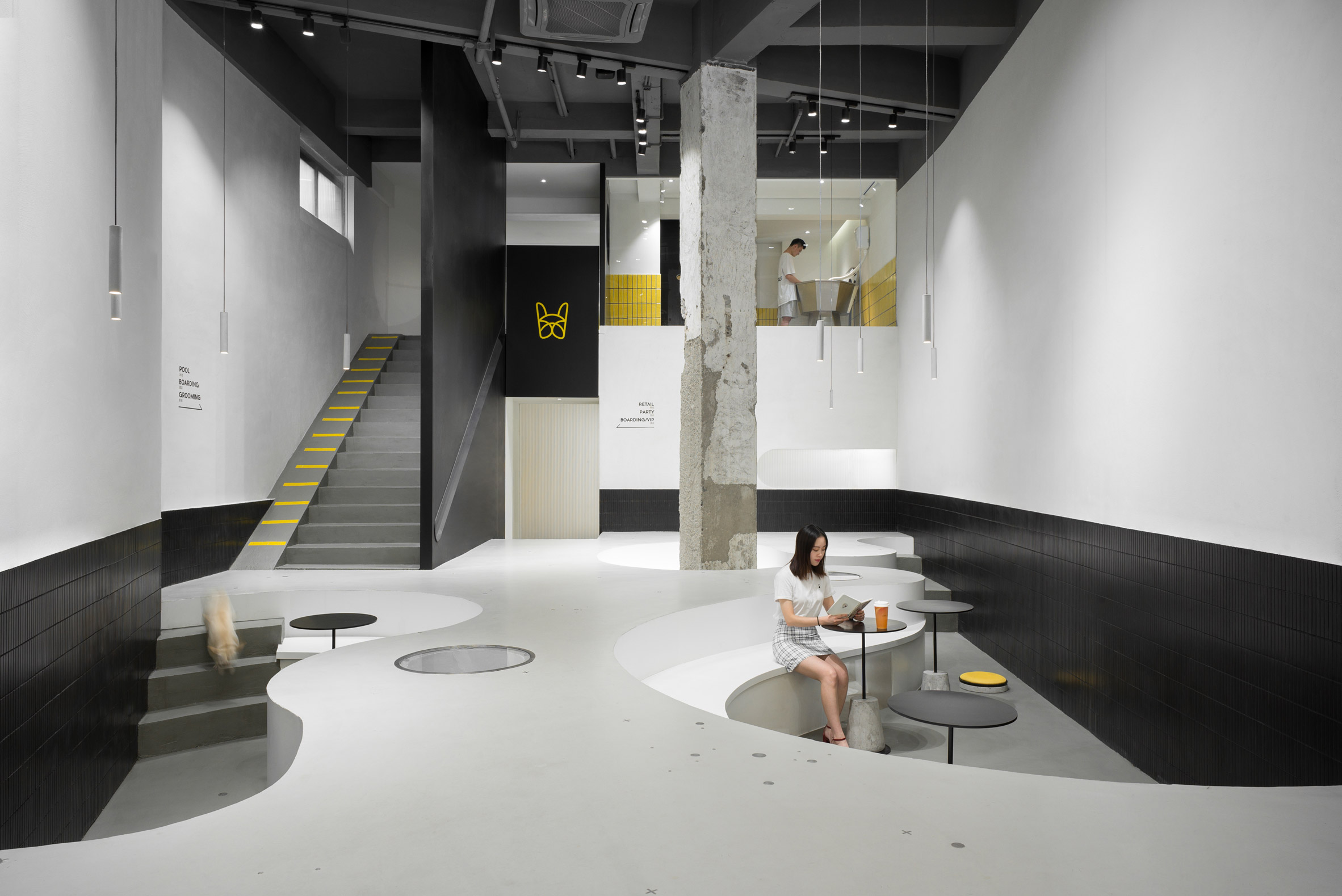 Half of the plan is occupied by a double-height cafe and a pet playground, while the two-floor grooming salon is split across the other half.

“The project started with an idea of creating a new type of pet store, a place where people could really socialise with their pets,” said Say Architects, which was founded by Yan Zhang and Jianan Shan in 2016.

“Say Architects has two cats and one dog, so we like everything related to pets. Therefore the project proceeded quite smoothly.” 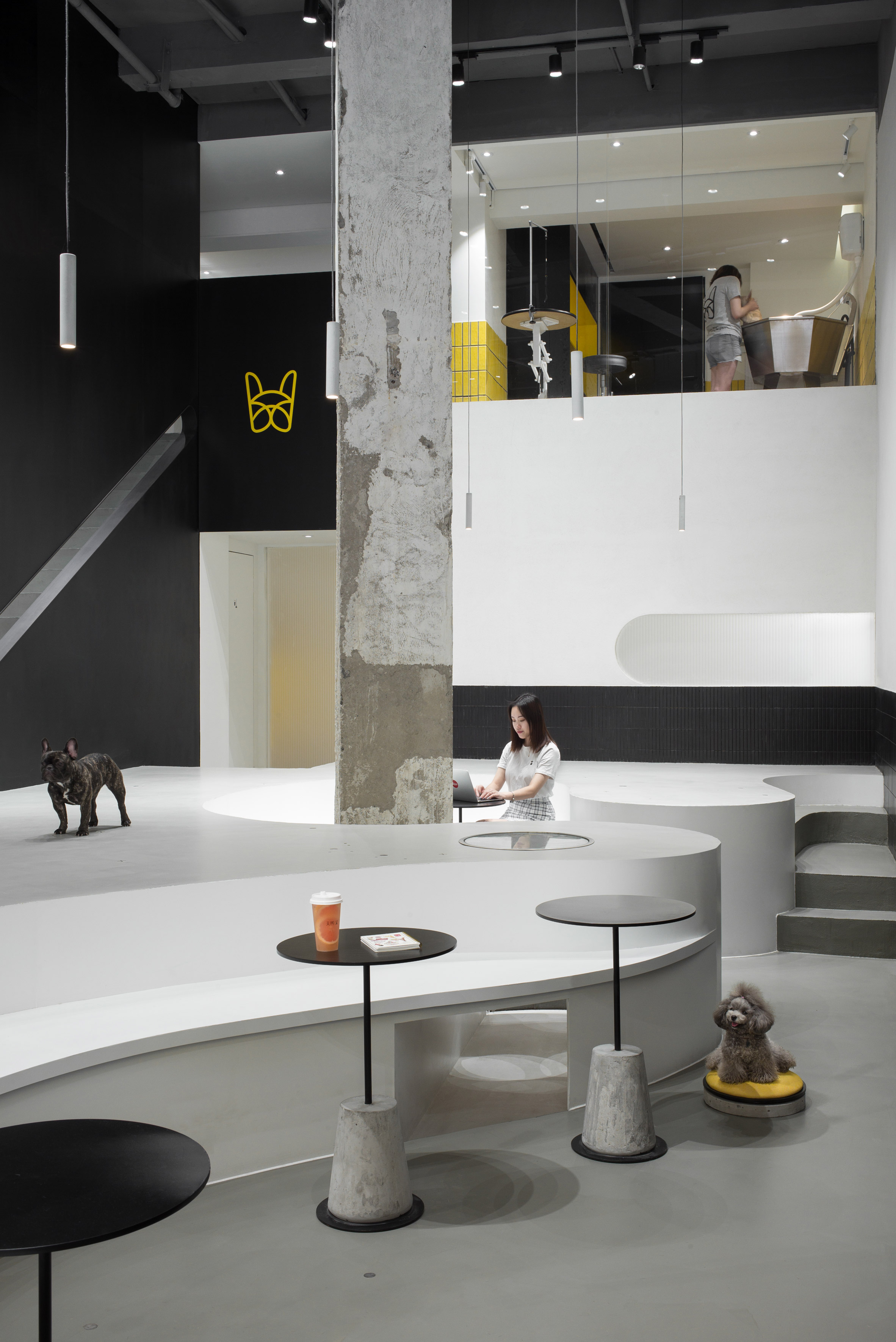 Spread across a short flight of steps, the pet playground sits next to the salon’s entrance. Here there is a large window that looks out onto the street, allowing passersby to see the activities happening inside.

Up the steps and beyond the playground lies a cafe that’s composed of two curved, sunken “valleys” that flank a central elevated walkway. 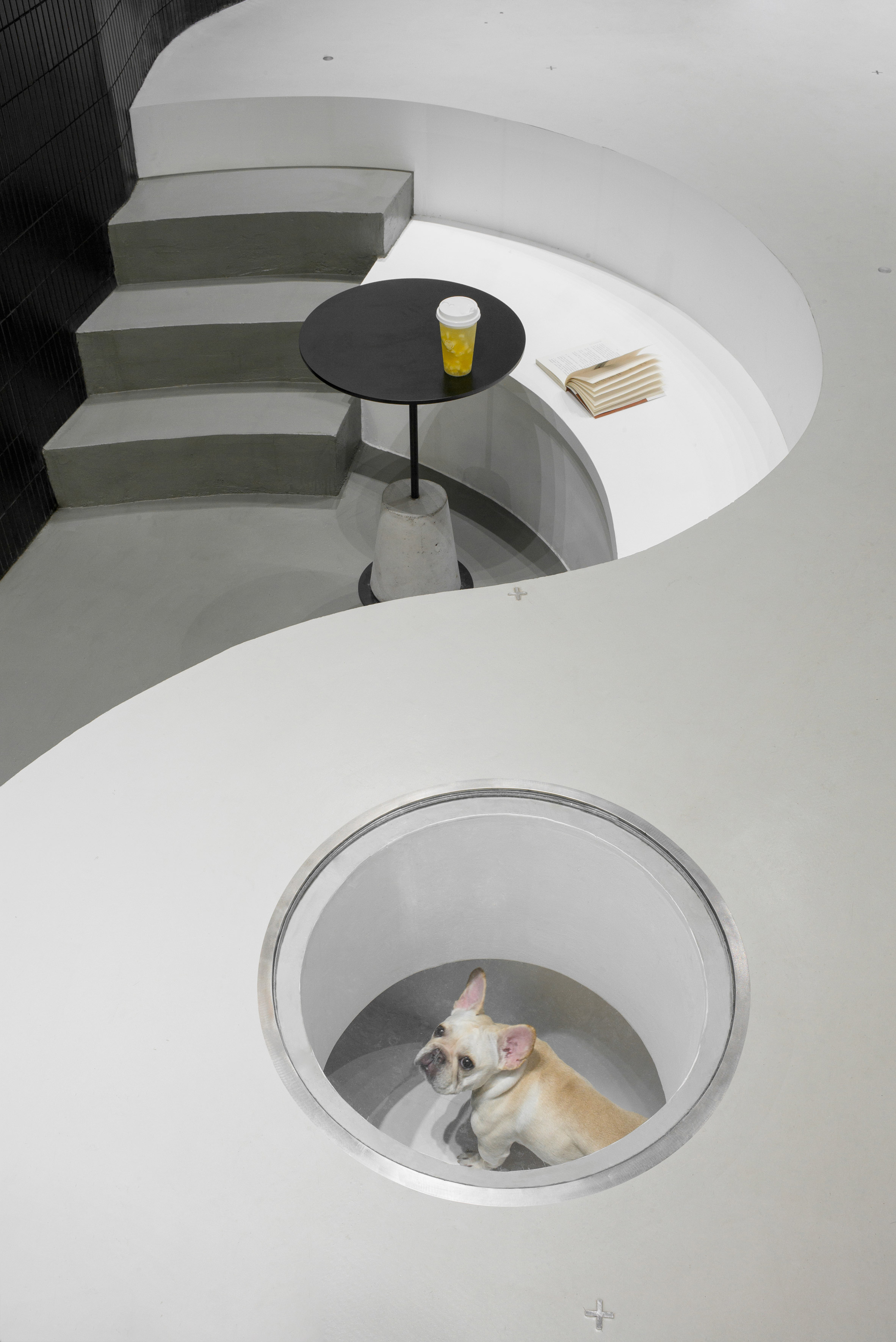 Having these different levels is meant to bring pets and owners face-to-face; while people sit at tables in the sunken level, pets are free to roam across the walkway and around the playground, placing them at the head height with their owners.

Animals can also travel between the cafe’s sunken seating areas through a small tunnel. 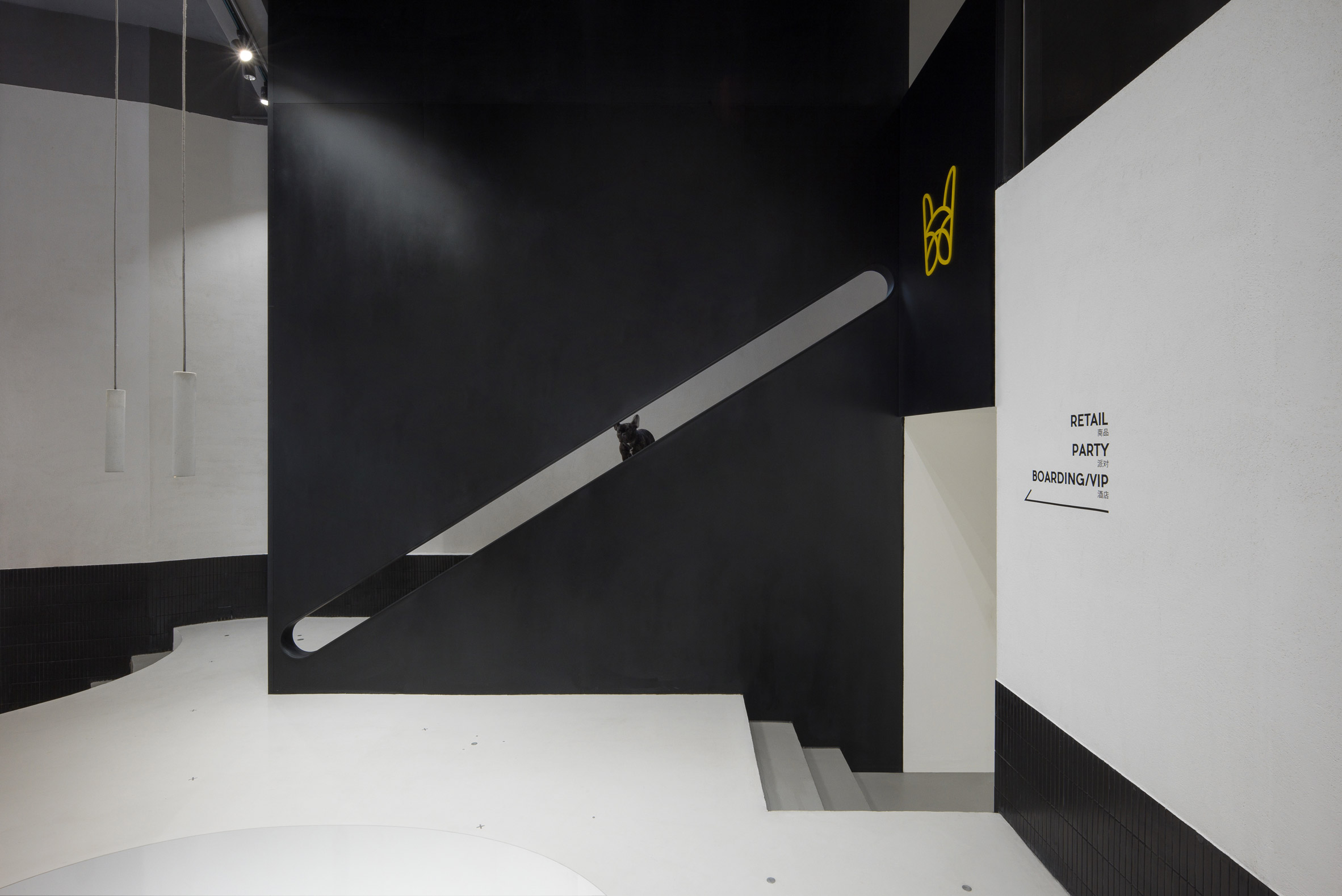 Other access points and windows specially designed for animals have been included throughout the space.

The balustrade of the staircase leading to the first floor has a low, diagonal window which pets can look through, while treatment room doors all have portholes at their base. 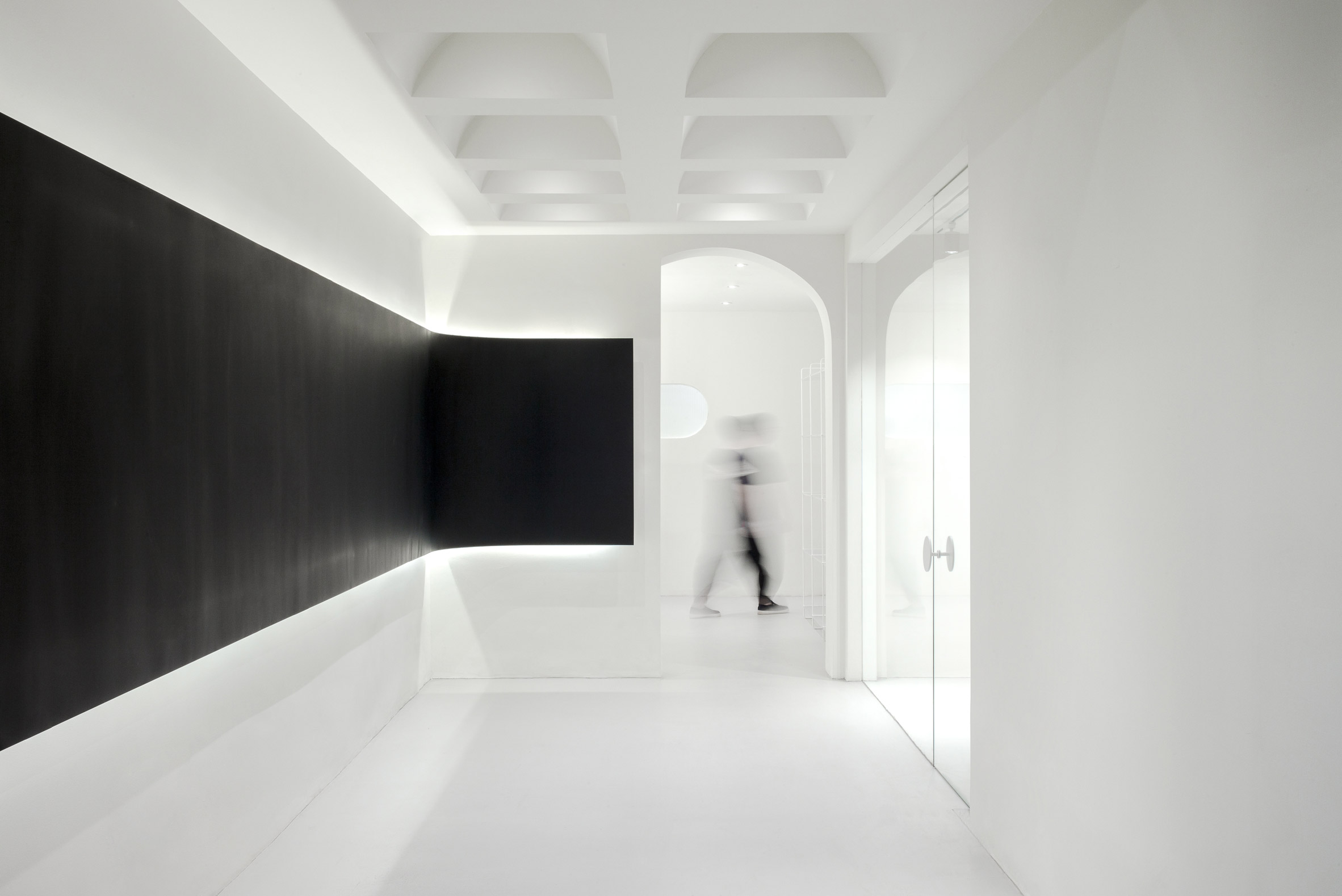 On the ground floor there is an activity room, a “hotel” where cats and dogs can stay while their owners are away, and a toilet.

Upstairs there are cosmetology rooms, an office, a designated space for photoshoots and a swimming pool, the bottom of which is punctuated with six circular windows that offer views of paddling pets to those in the activity room below. 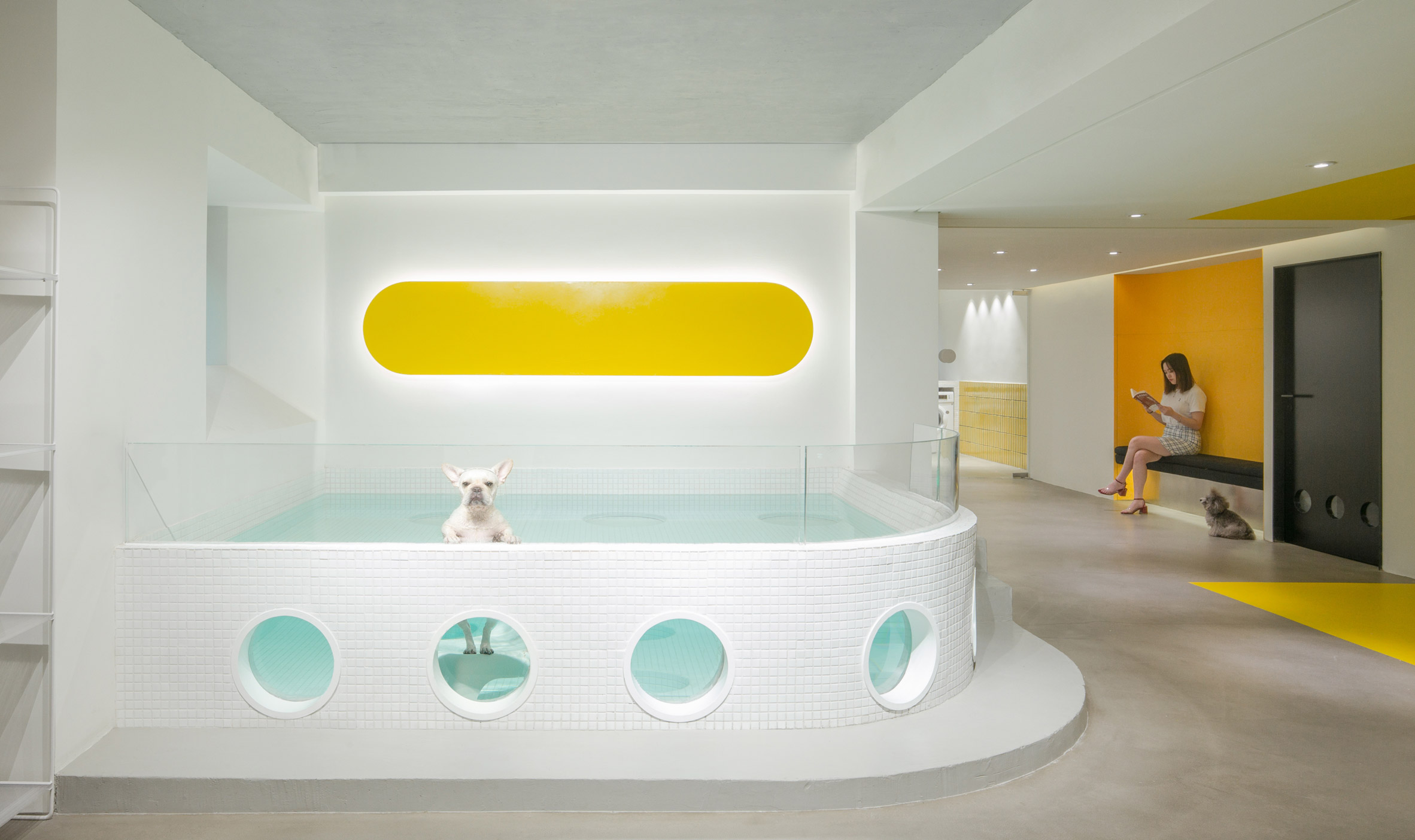 The interior throughout boasts a mixture of painted and tiled surfaces in a palette of yellow, black, grey and blue.

“Yellow, black and grey are the main colours that dogs can see in their daily doggy life,” explained Zhang.

“We only used blue in the toilet area, as we think yellow is more likely to give the space a young and energetic feeling.”

Other details include the stainless steel doorknob at the entrance to the salon, which is the same shape as the floor plan of the cafe. 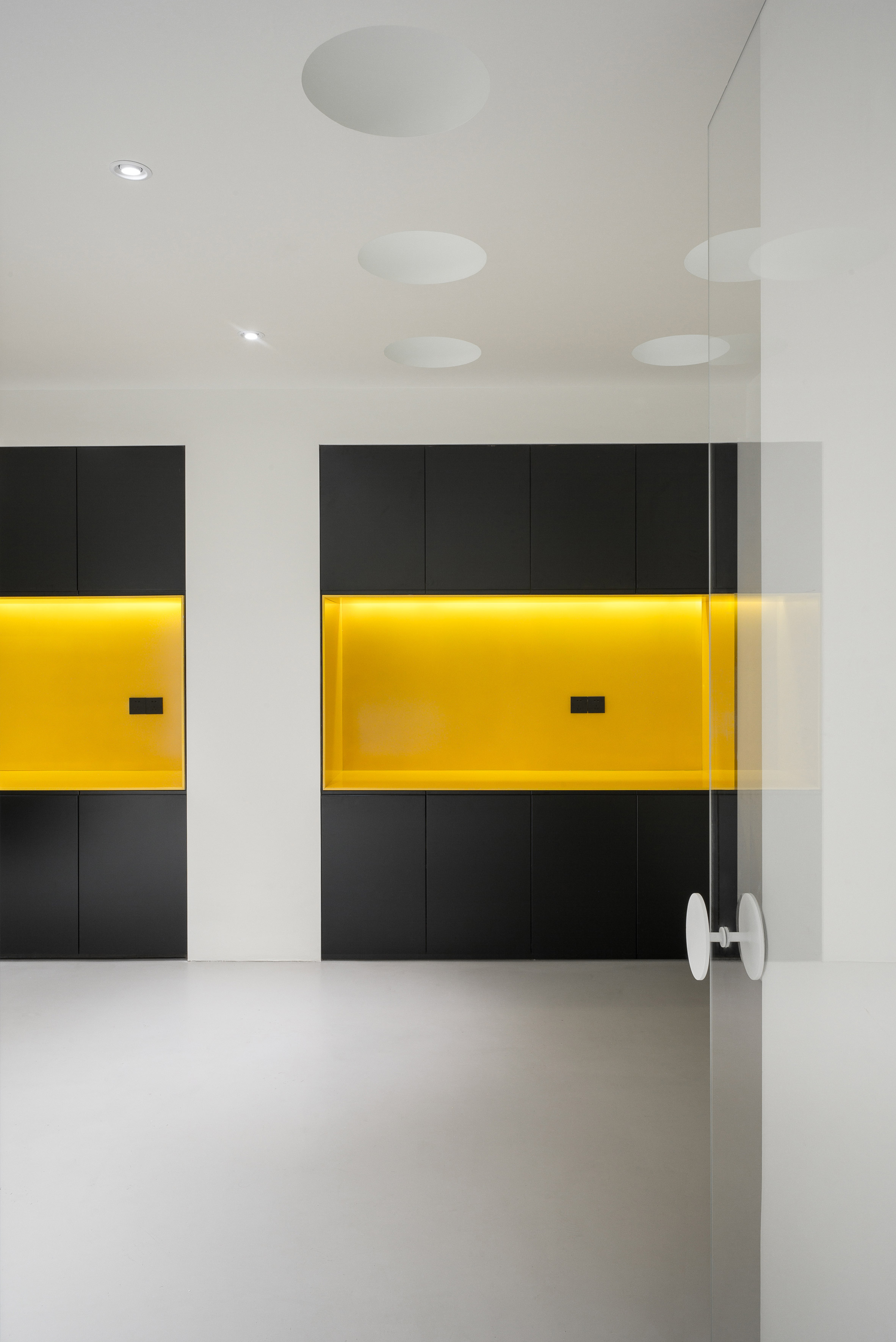 Rooms in the salon revolve around an existing, slightly tilted concrete column that sits at the centre of the floor plan.

The practice compares the column to a nova – a transient astronomical event that causes the sudden appearance of what appears to be a bright new star. This is from where the salon takes its name. 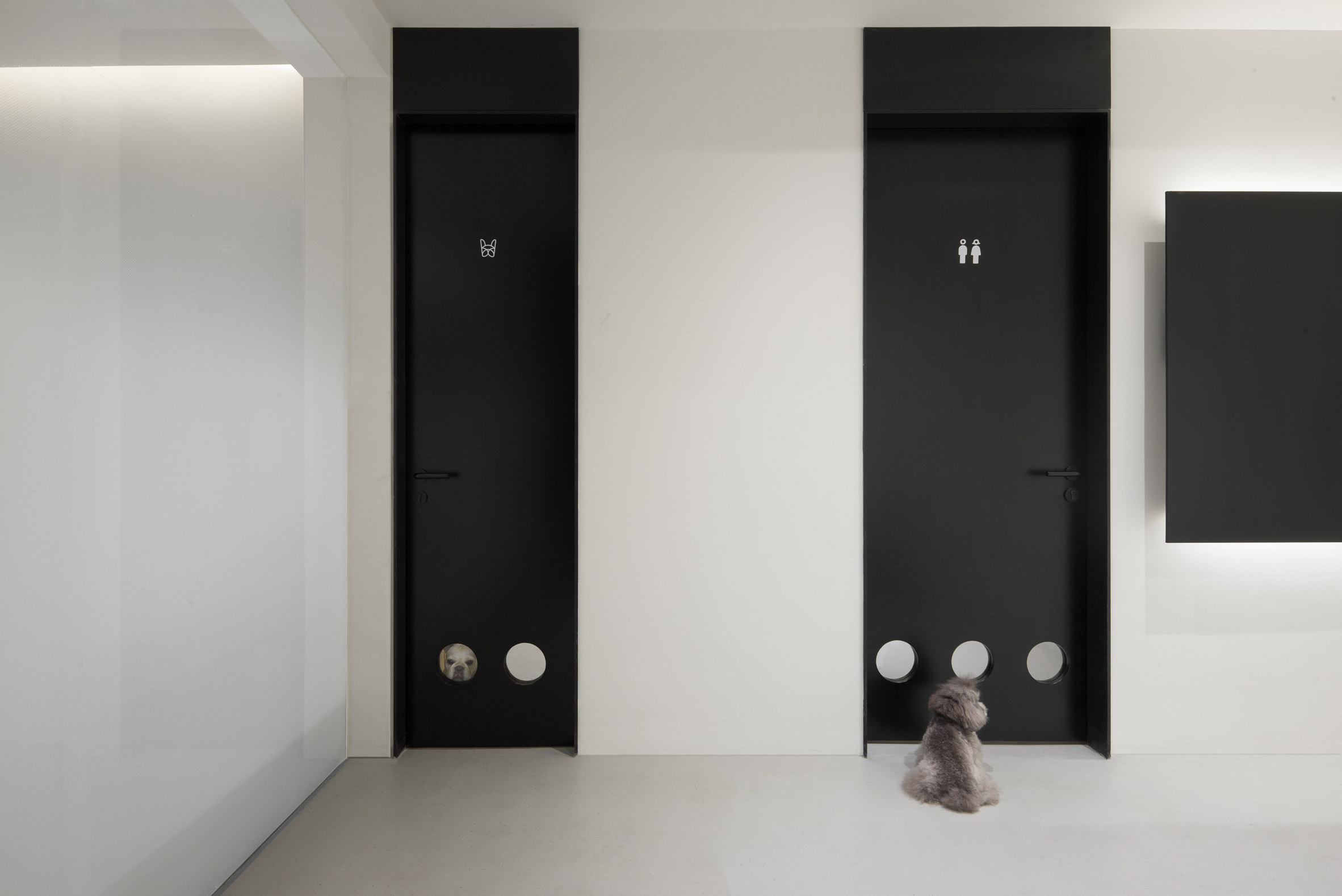 The column also serves as a centre point for a metre-by-metre square grid that appears across half of the floor plan.

The grid is marked by a series of stainless-steel crosses that are embedded in the concrete floor of the cafe, playground and entrance area.

“We imagine this column to be the origin of the whole room,” explained the practice.

“All program and events are happening around the column. Their material or angle is nothing like the column, but this difference itself creates an interesting feeling of narrative.” 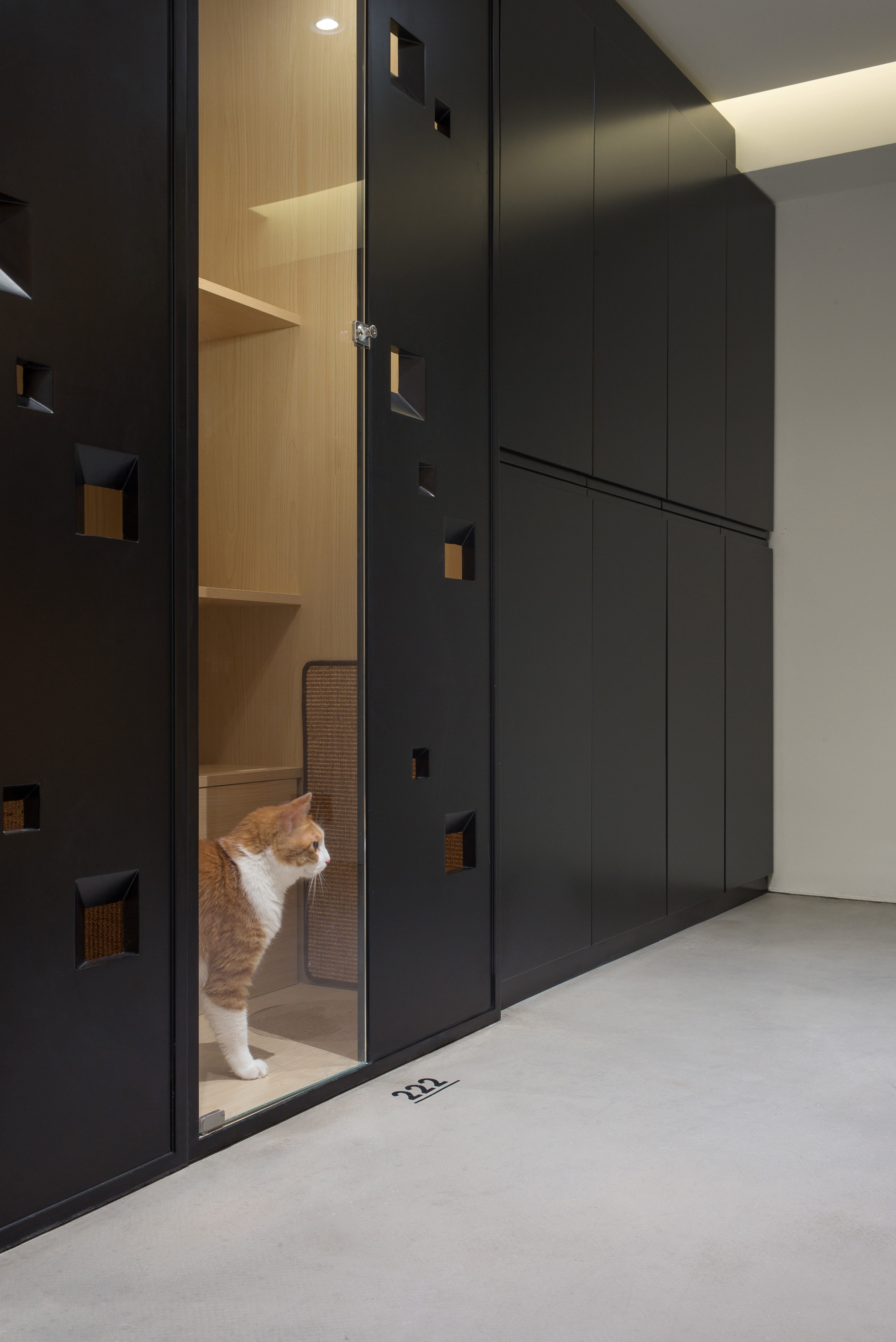 Other interiors designed for pets include a veterinary surgery in Montreal, which studio TBA finished with exposed-brick and concrete surfaces that are “resistant to animal wear and tear”.

Photography is by Minjie Wang.

The post Hangzhou’s Nova Pets is a grooming parlour where owners can hang out with their animals appeared first on Dezeen.