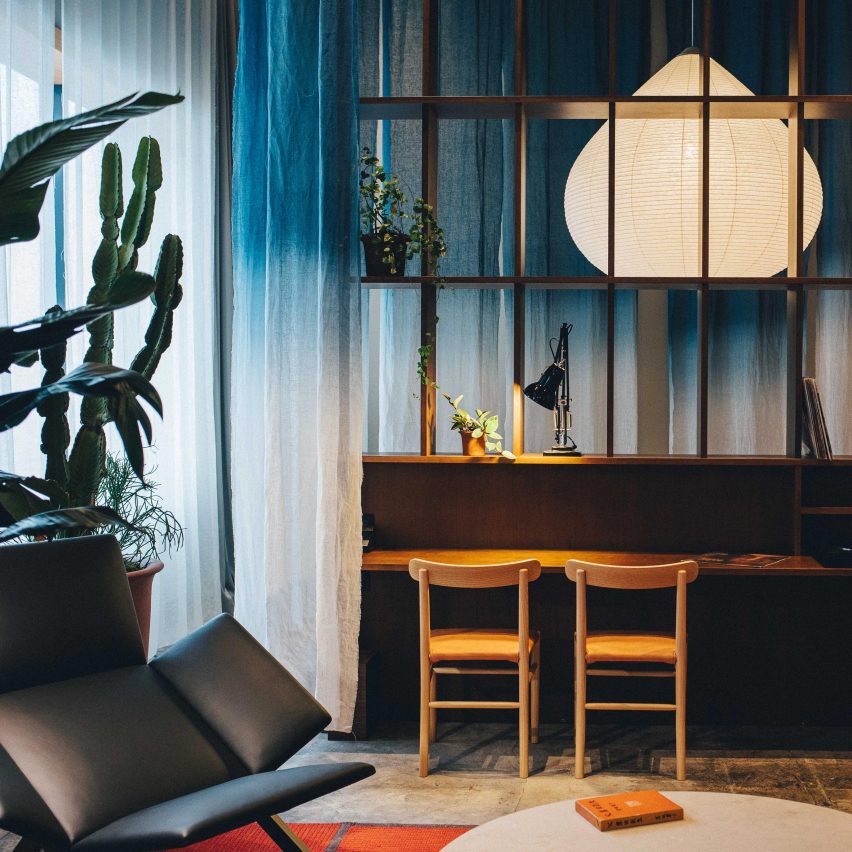 K5 Tokyo occupies a converted bank building next to the Tokyo Stock Exchange, which survived bombing during the second world war. 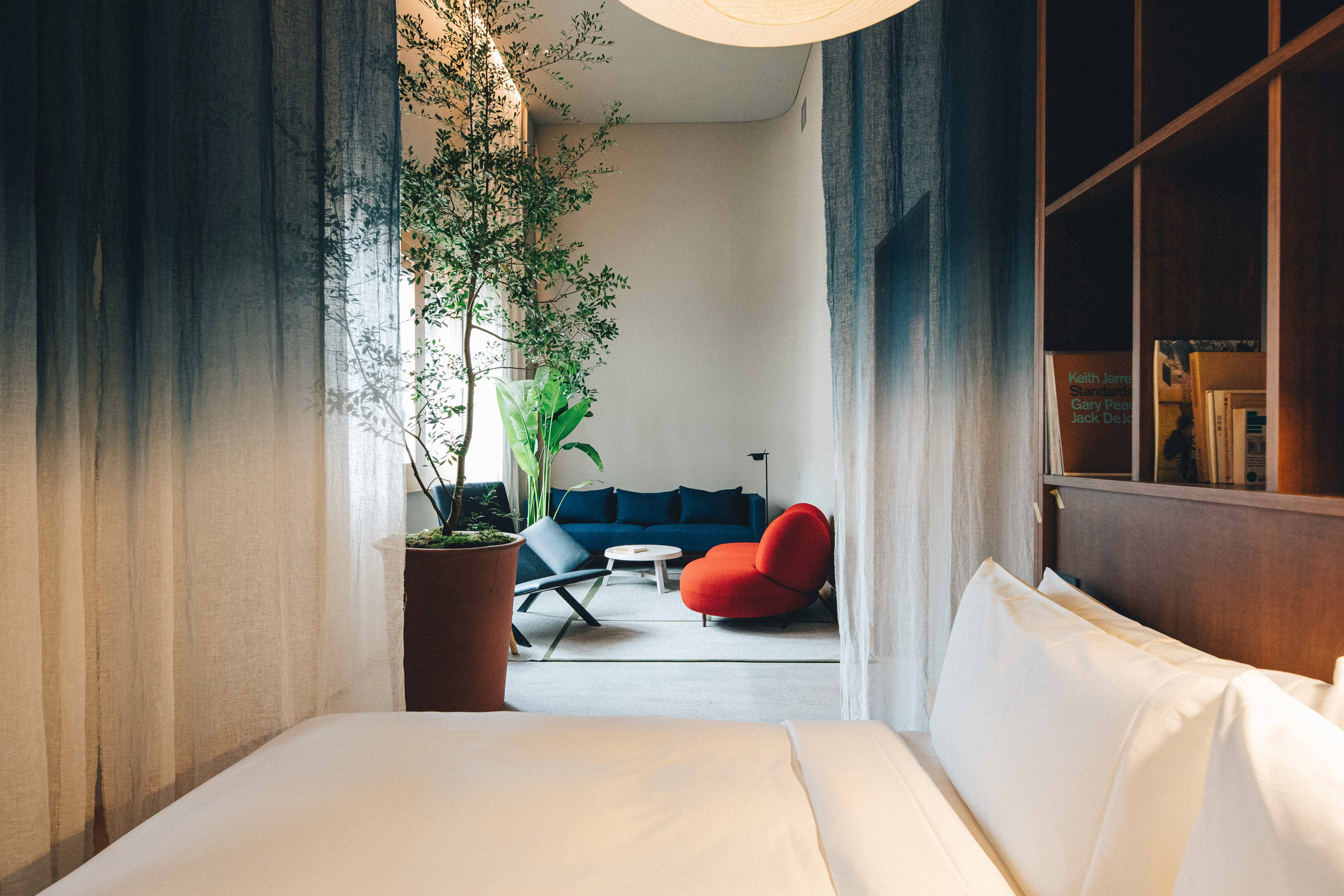 As well as overseeing the architecture and interior design, they designed all kinds of products, from a pencil to a bespoke Tokyobike. 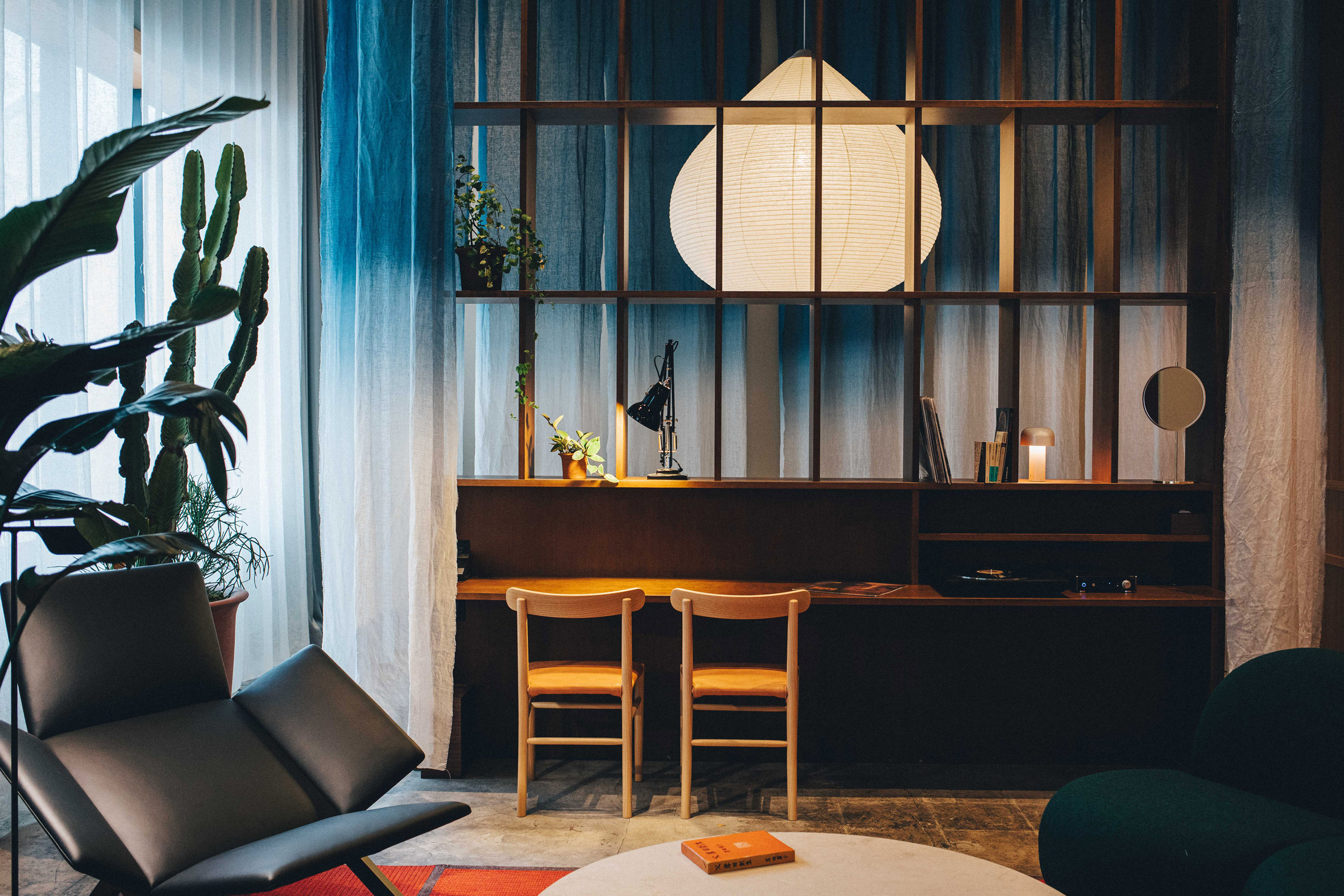 Studio co-founder Ola Rune said that K5 Tokyo is the best project they have ever worked on.

“This is emphatically how we feel at the moment,” he told Dezeen.

“The attitude of all involved has been unlike any previous project that we have been involved with,” he said. “Yet, gratifyingly, the result is a coherent (and sometimes deliberately disparate) whole, that has not left any details to chance.” 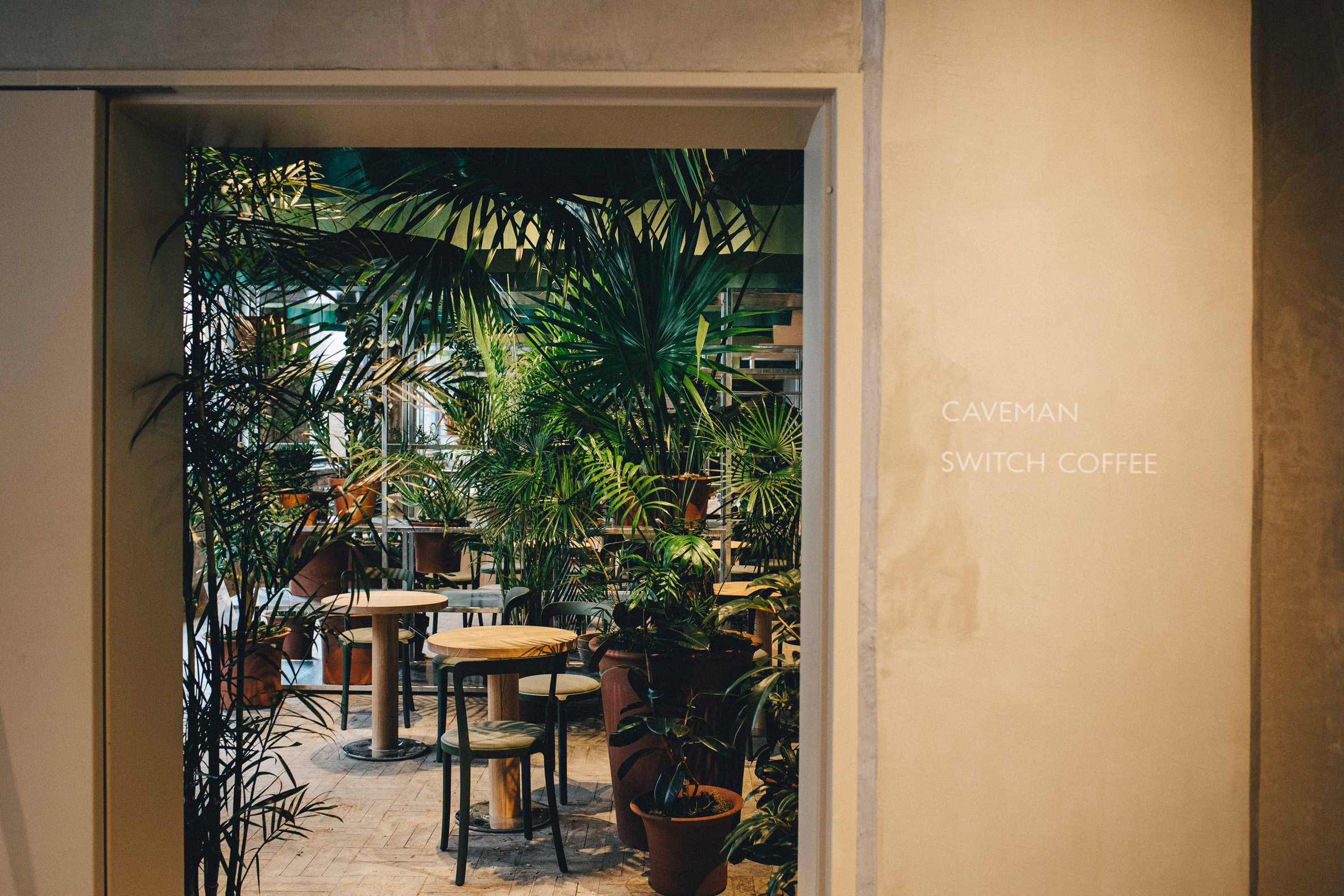 The design is based around the idea of “aimai”, a Japanese word used to positively describe things that are ambiguous, obscure or vague. It inspired a layout where furniture, textiles and plants are used in place of walls, to create more subtle divisions.

Contemporary details and furnishings help to brighten up the building’s ageing but characterful interiors, while plants are intended to create the feeling of an urban oasis. 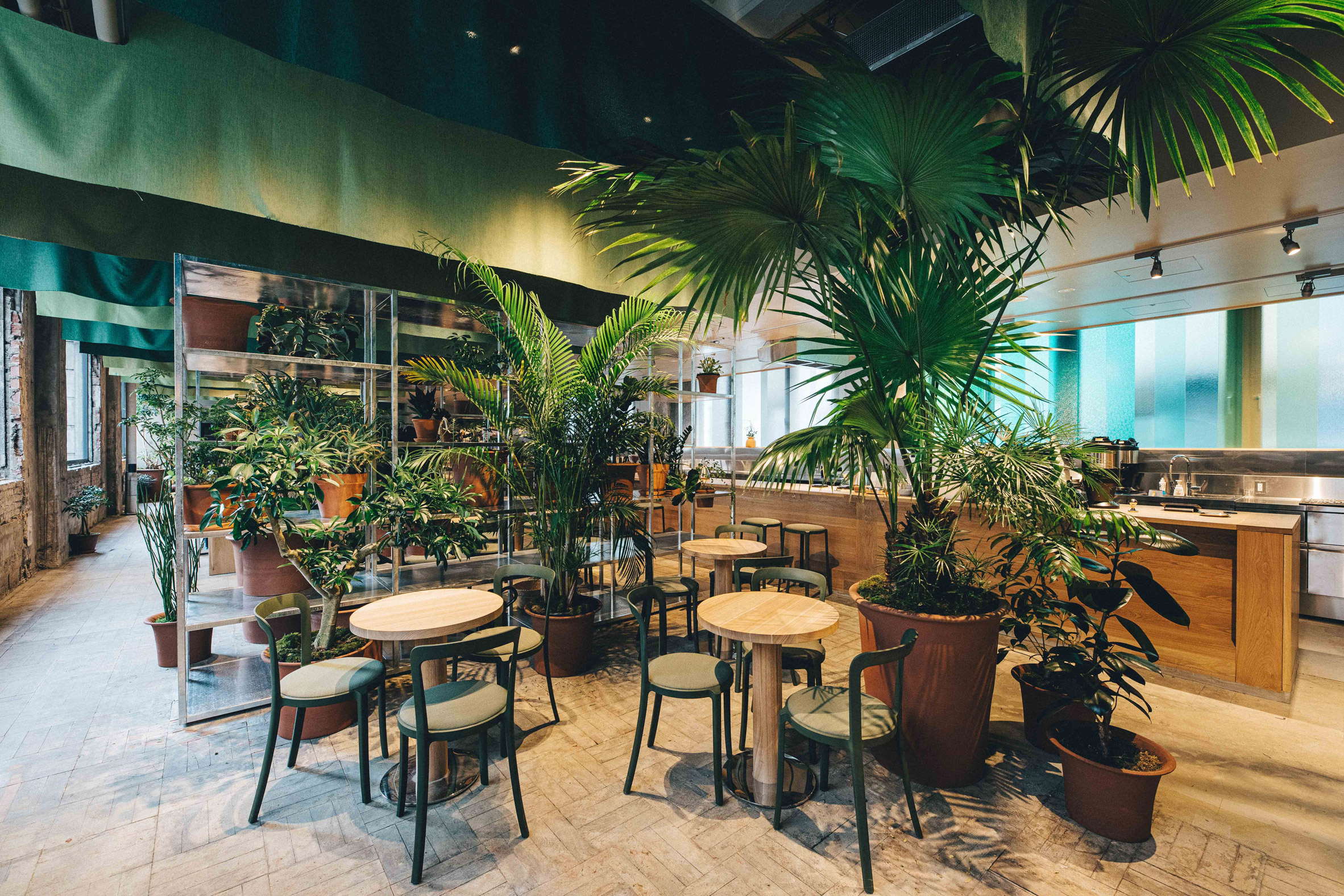 “The concrete structure survived world war two fire-bombing raids; its raw interior spaces have a noticeable character and inform the atmosphere of the space,” explained Rune.

“This concrete structure has been left exposed in many of the completed spaces, creating a tough, almost brutal, element with which the rest of the interior architecture strongly contrasts.” 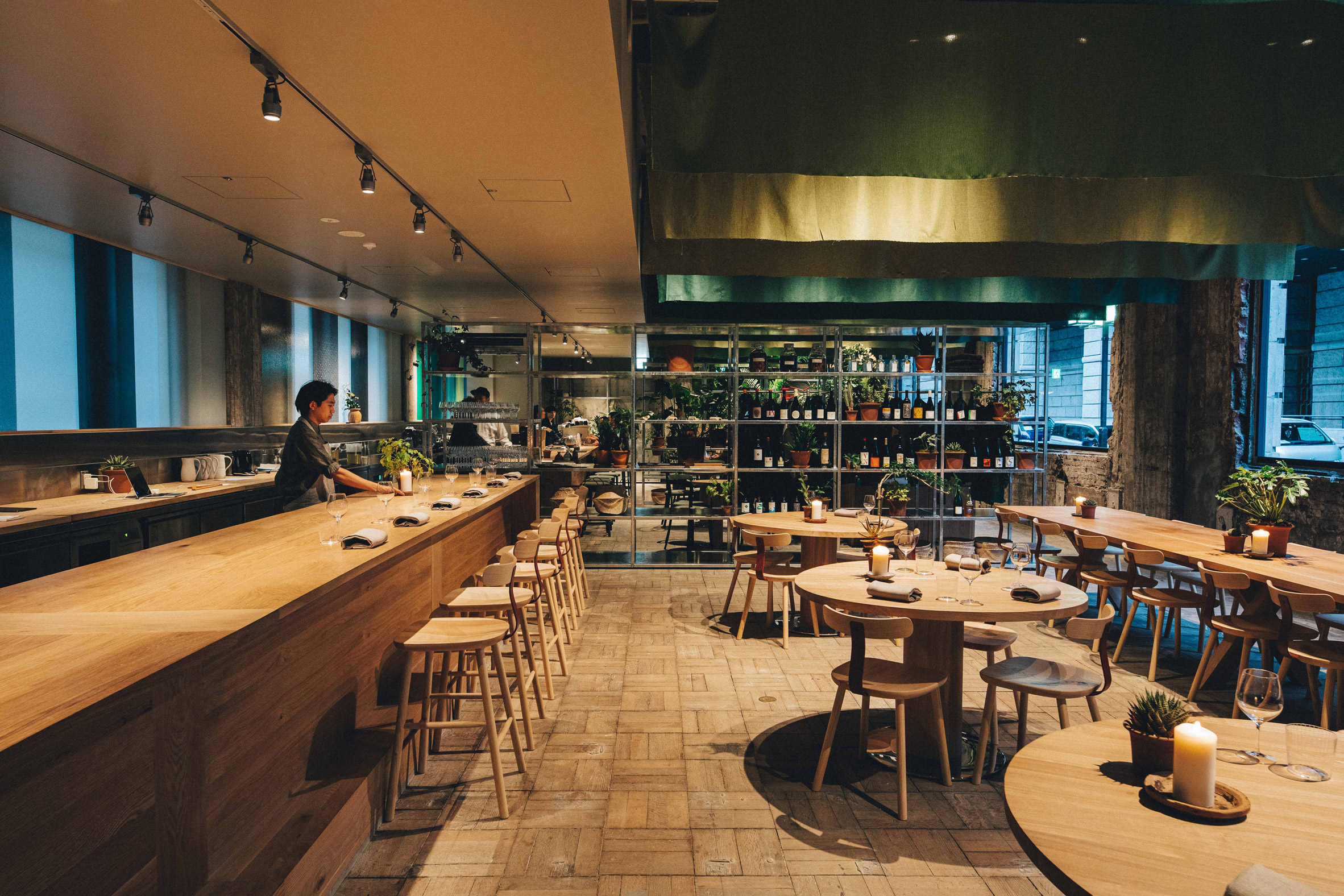 The hotel is organised over five levels. The ground floor and basement contain a series of spaces for eating, drinking and socialising, while bedrooms occupy the three upper floors.

The most plant-filled space in the hotel is the Switch Coffee shop, which doubles as a florist. Just beyond is a wine bar and the Caveman restaurant, set against a backdrop of green, blue, pink and clear glass. 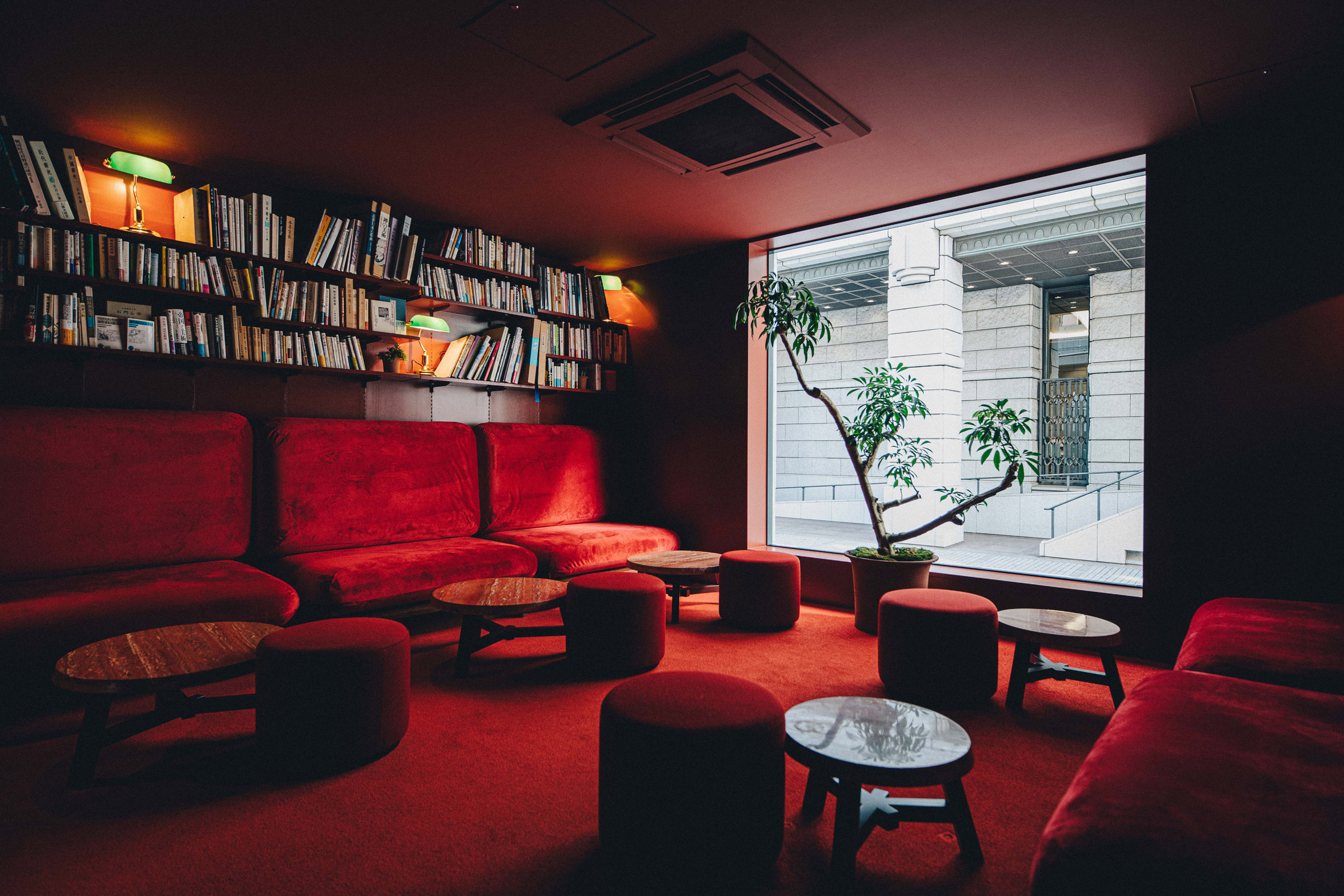 Designed in the spirit of a speakeasy, the atmospheric Ao cocktail and tea bar features a small library, while the Brooklyn Brewery is a basement beer hall that fuses Scandinavian, Japanese and German influences.

“Many of the spaces have multiple functions,” said Rune. “These functions do not run in parallel, rather one function hands over its space to the next as the day wains into night time.” 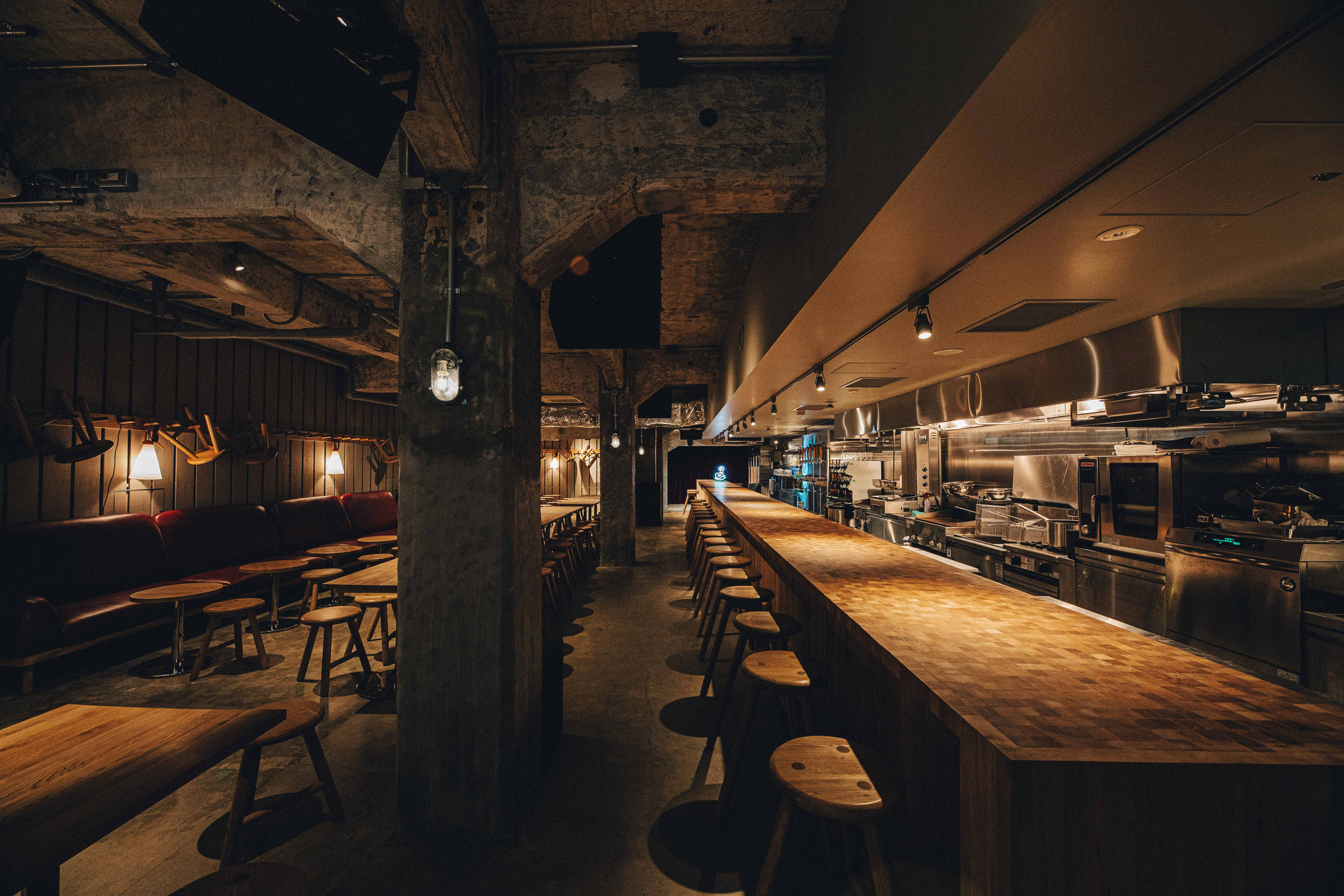 There are 20 guest rooms in total, featuring even more bespoke designs.

Beds are framed by hand-dyed curtains, featuring a sky-like gradient of blue and white. These are hung in circles, framing just the bed and a custom paper lamp suspended overhead.

A red “love seat” is positioned alongside a more generously sized sofa, in bright, contrasting colours. Larger rooms also feature a custom carpet manufactured by Kasthall in the style of a Japanese tatami mat. 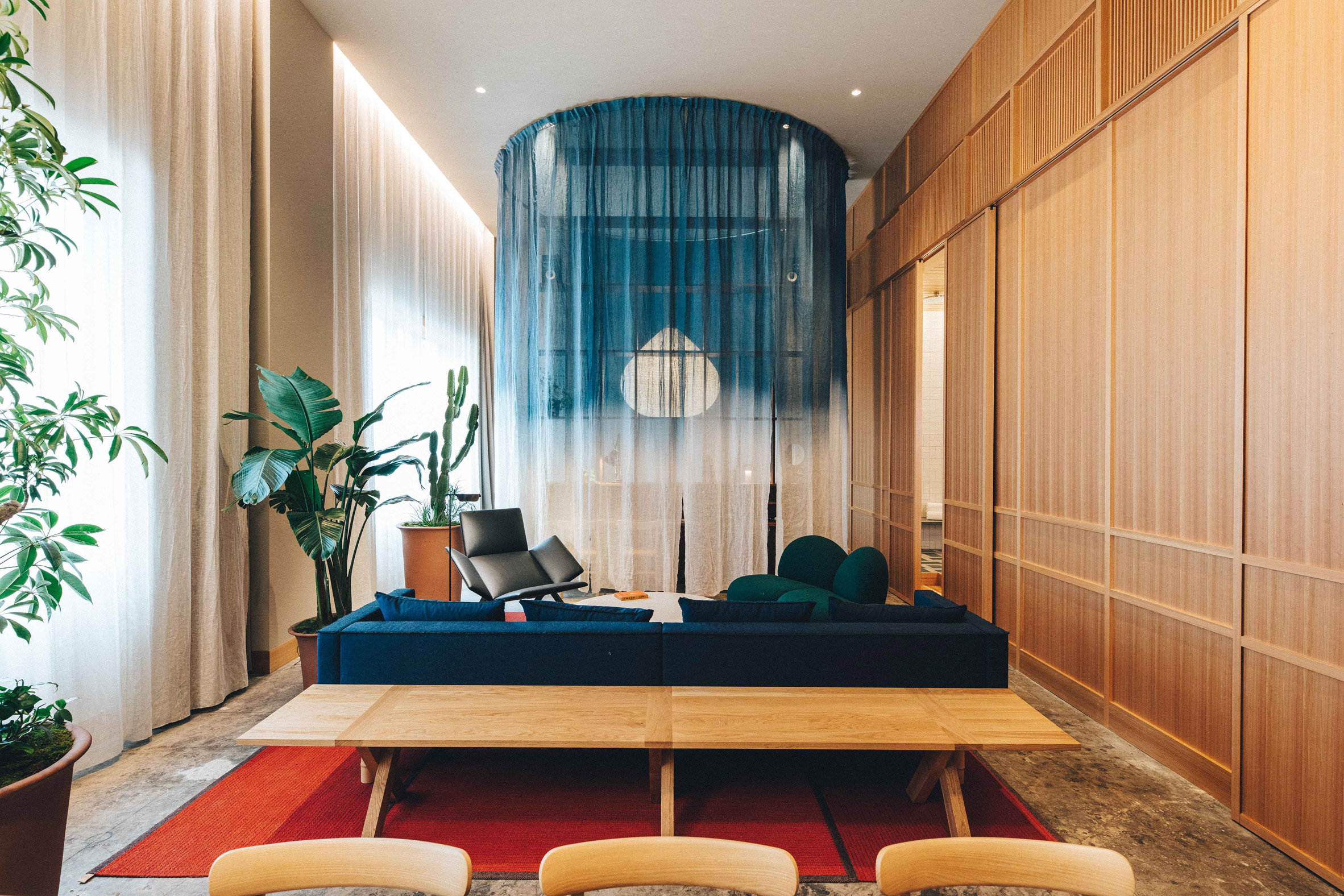 The same tile, produced by Marrakech Design, can be spotted in different configurations elsewhere in the building, including in the reception and corridors. 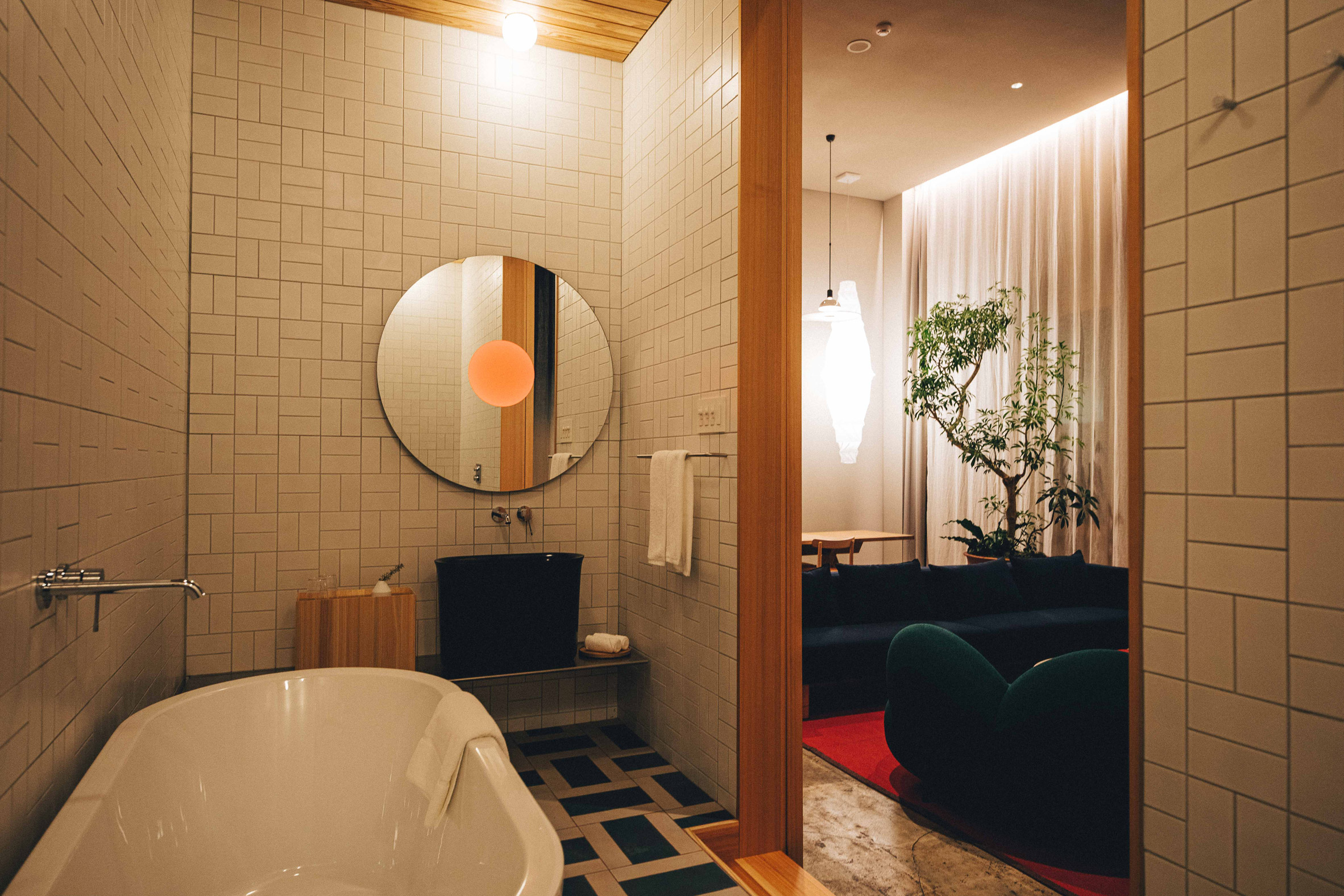 “We developed a new tile design that was inspired by the existing wood parquet found in some areas of the original building,” explained Rune.

“This tile design allowed for a wide range of design possibilities when being laid, meaning that the tile pattern is new is every separate space it is used in.” 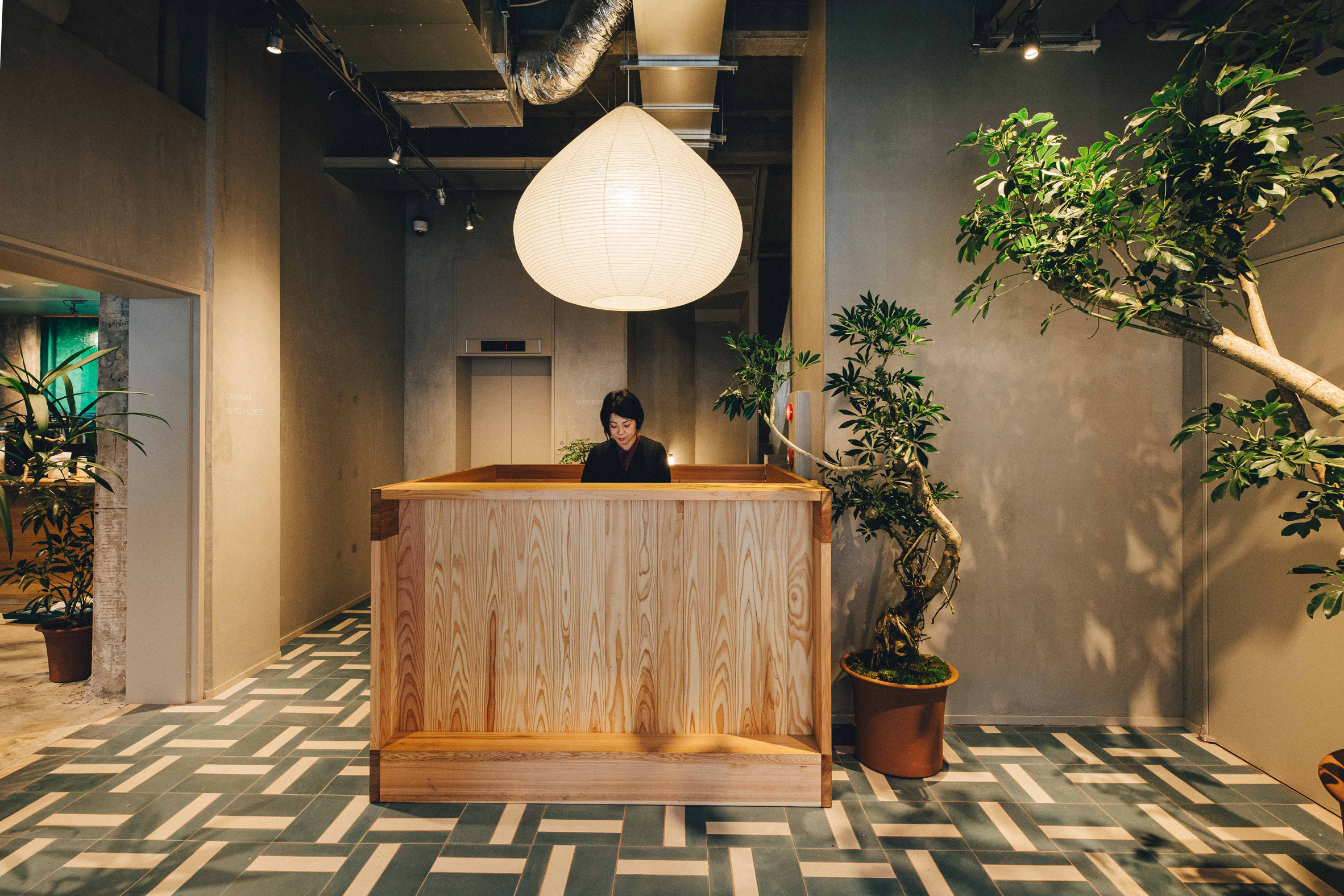 Stockholm-based Claesson Koivisto Rune has worked on several other acclaimed hotels, including the Nobis Hotel in its home city and Villa Terminus in Bergen, Norway.

But Rune believes they have set the bar even higher with K5 Tokyo. 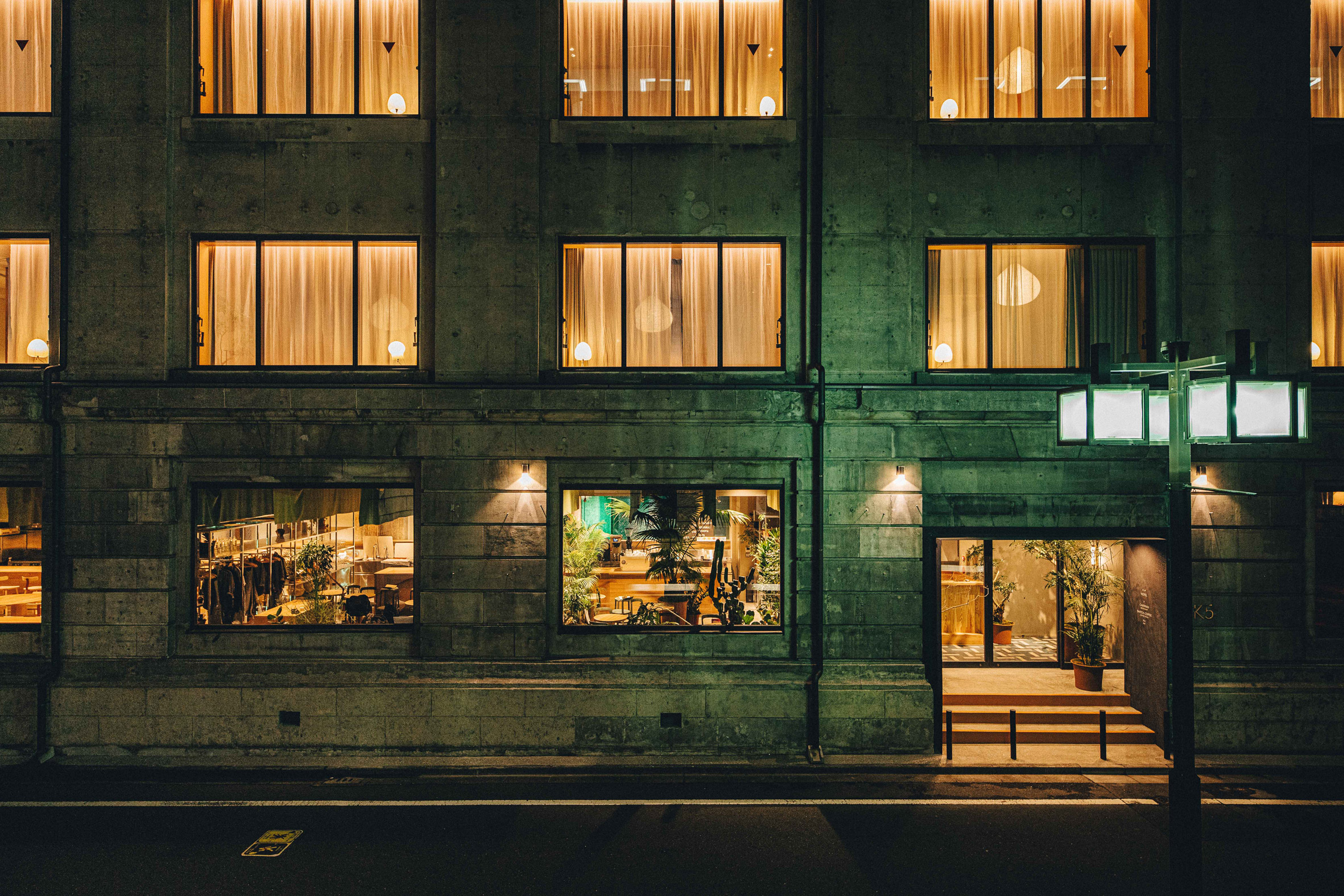 “The response to the project has vastly exceeded the expectations of the clients and tenants from the get-go,” he concluded.

Photography is by Yikin Hyo.