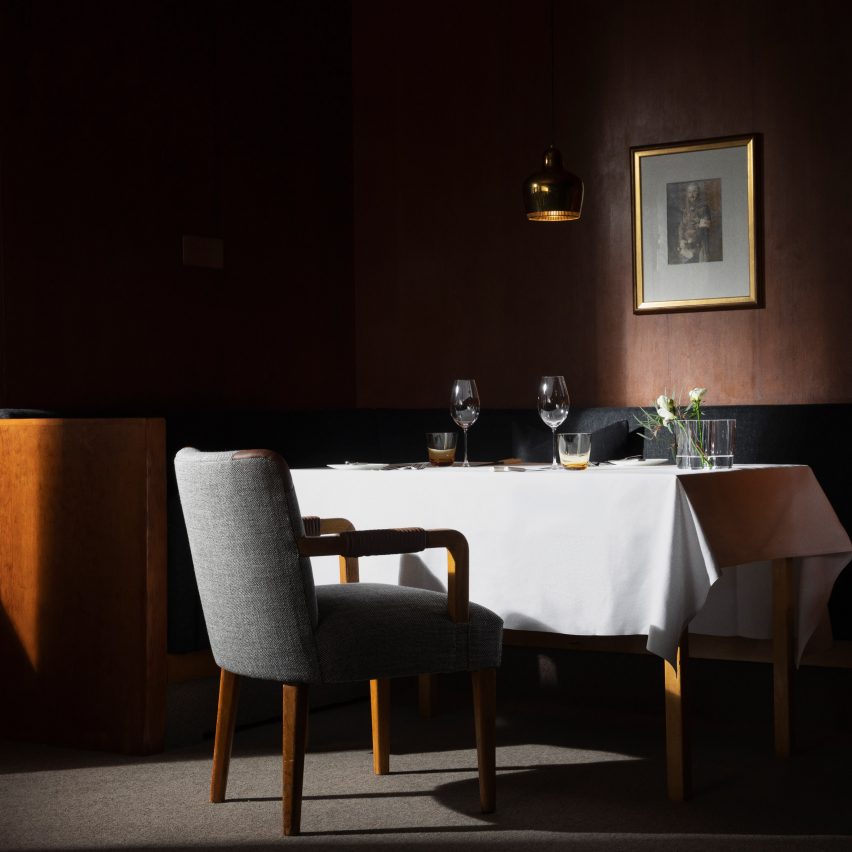 Ilse Crawford and her eponymous studio worked with Finnish furniture brand Artek to carry out a sensitive revamp of notable Helsinki restaurant Savoy.

Married architects Aino and Alvar Aalto completed the original interiors of Savoy back in 1937, designing the space to reflect their penchant for natural materials and comfy furnishings.

However, after more than 80 years of service and piecemeal renovation works, the restaurant had come to look “rather unloved and more than a little corporate”. 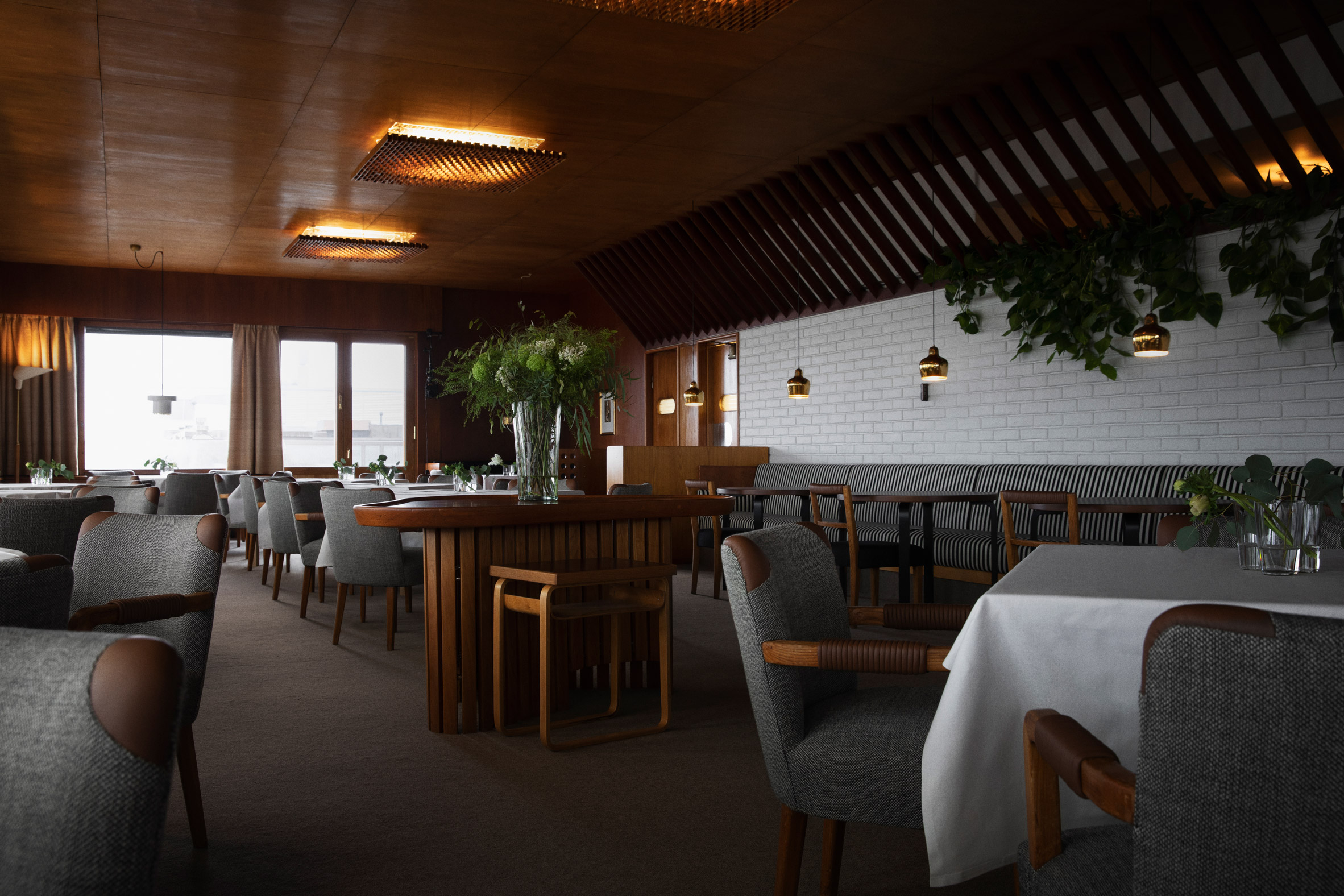 Ilse Crawford, Studioilse and Finnish brand Artek – which was co-founded by the Aaltos – were brought on board to refresh the space.

“The Aaltos believed it was important to ‘refine materials in a more humane direction’,” Crawford told Dezeen. 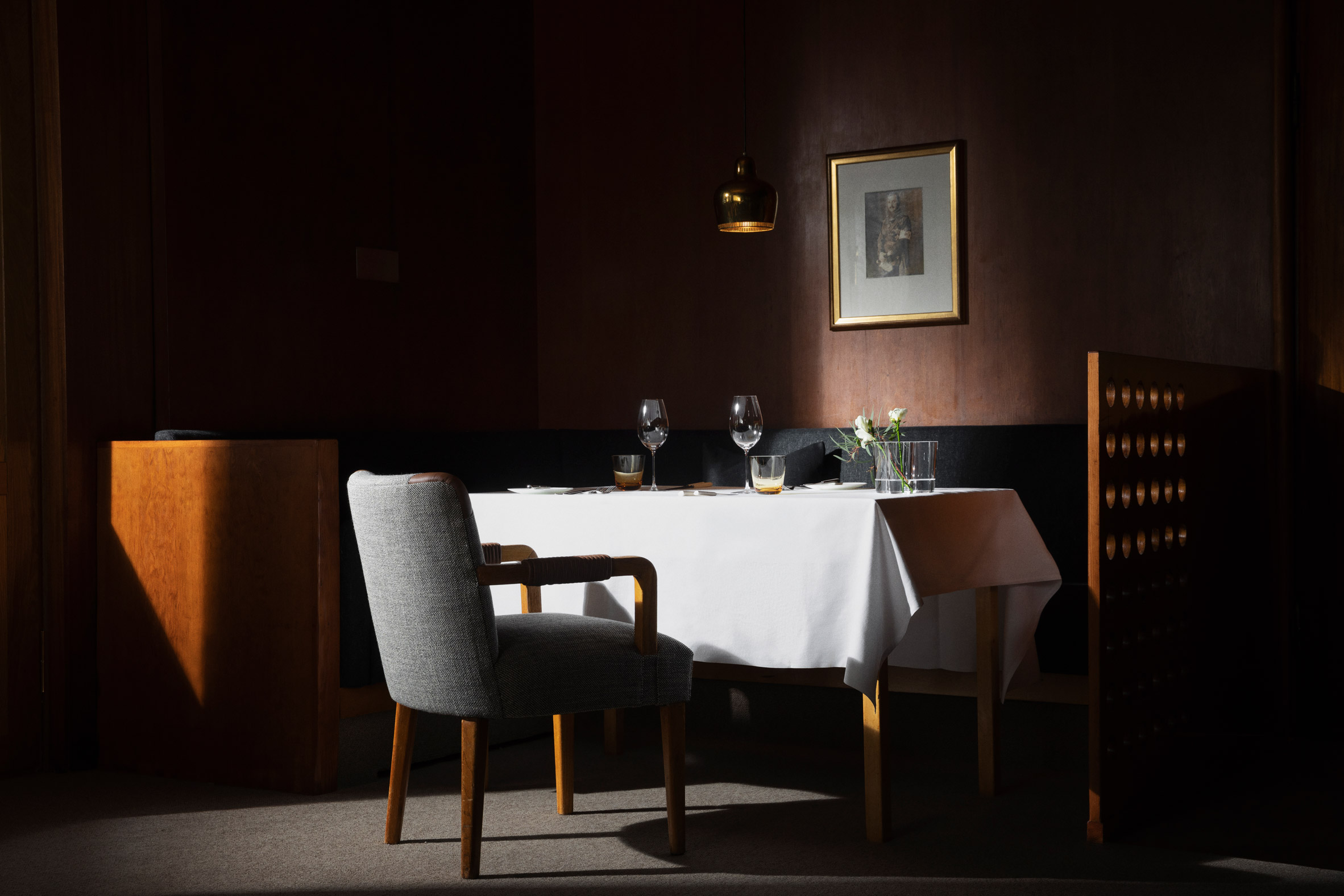 “Respecting their focus on simplicity, functionality, and social awareness was an important part of our work on Savoy,” she continued.

“Our work takes its cue from the original 1937 Aalto interior, taking the restaurant back to its original while refreshing it for today. Savoy needed a bit of repair and a bit of love, but it didn’t need reinventing.” 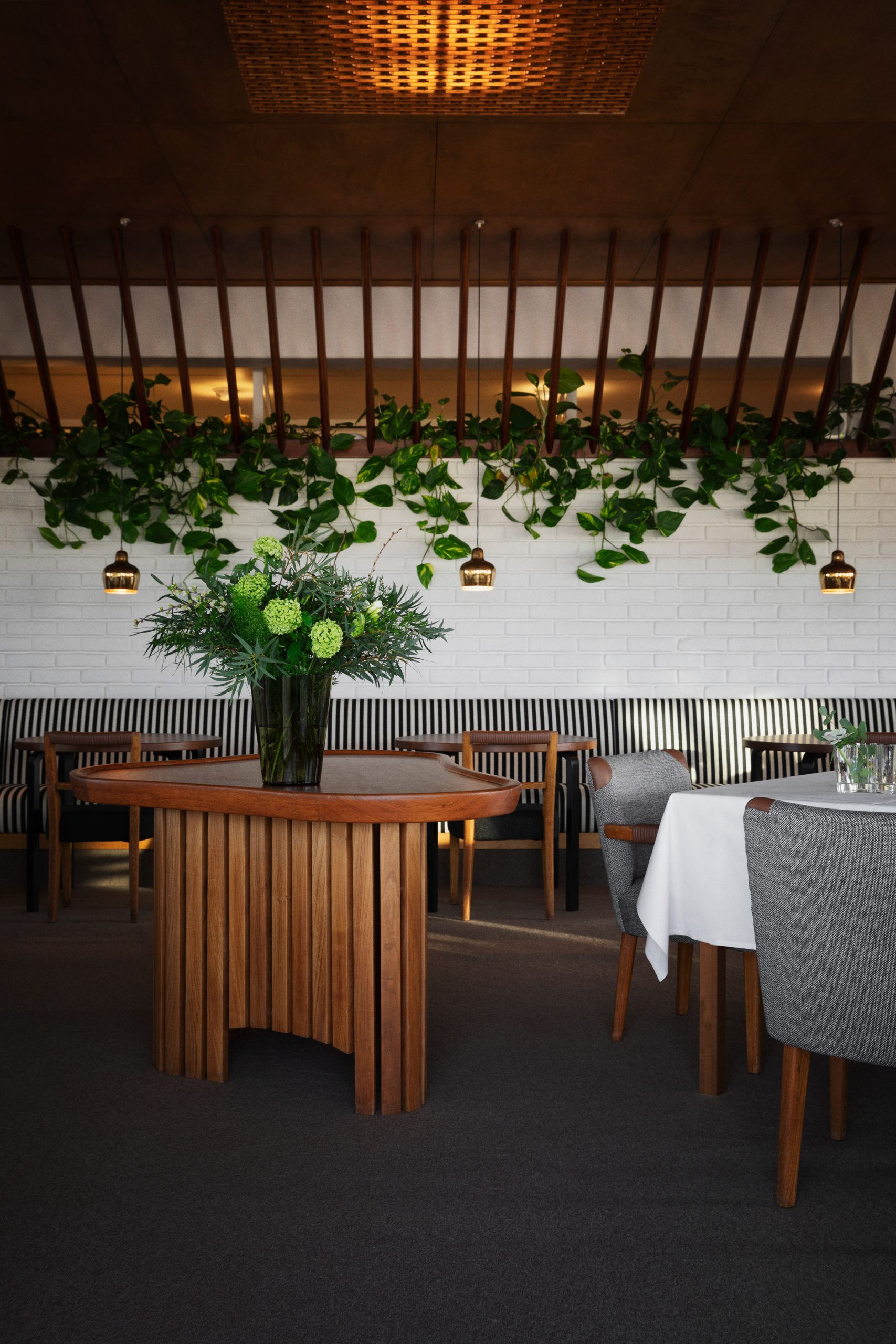 Over the course of six weeks, Crawford and her studio carefully restored Savoy’s fittings and joinery.

The Aalto’s had initially fit-out the dining room with diverse types of wood ranging from oak and elm to pine and mahogany.

Unfortunately, over time, exposure to sunlight and cigarette smoke had “flattened” their visual differences, resulting in an overall dull appearance. 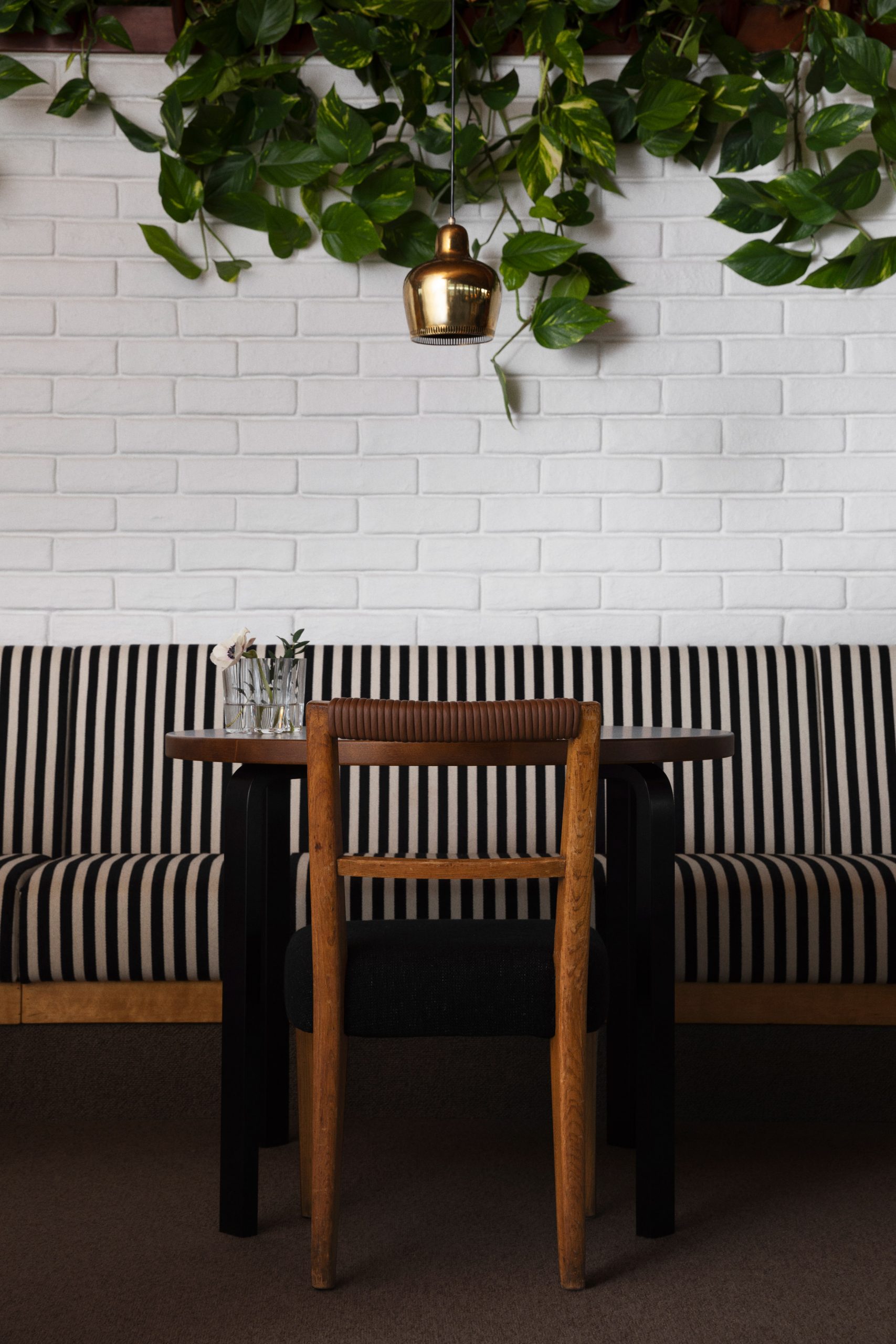 Artek was responsible for bringing the restaurant’s furniture back to life. The brand’s rich history with the Aalto’s meant it was initially hesitant to make any changes in the restoration process.

“Savoy’s interior was designed by the Aaltos with Artek’s drawing office,” managing director, Marianne Goebl, told Dezeen. “Products that were specifically developed for the restaurant are still produced by Artek today.” 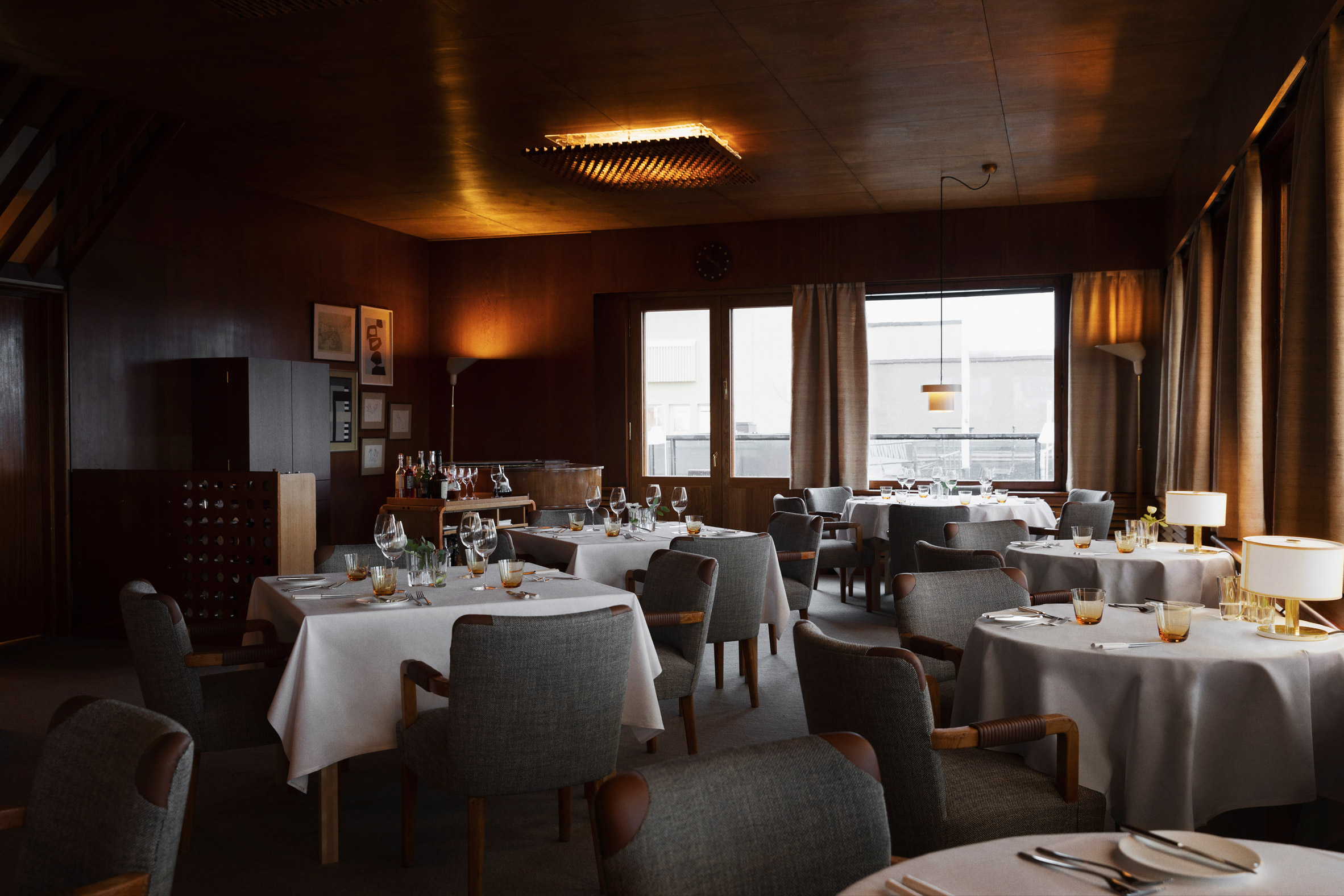 “It felt intimidating for us to intervene in such an iconic space,” she continued. “Luckily, the project is well documented in our company archives, from furniture drawings to material samples.”

“Thanks to Ilse Crawford’s research-driven, yet very hands-on process, Savoy’s atmosphere feels as unique as before, just a bit de-dusted. It is more than ever a place of quiet retreat as much as of joyful celebration.” 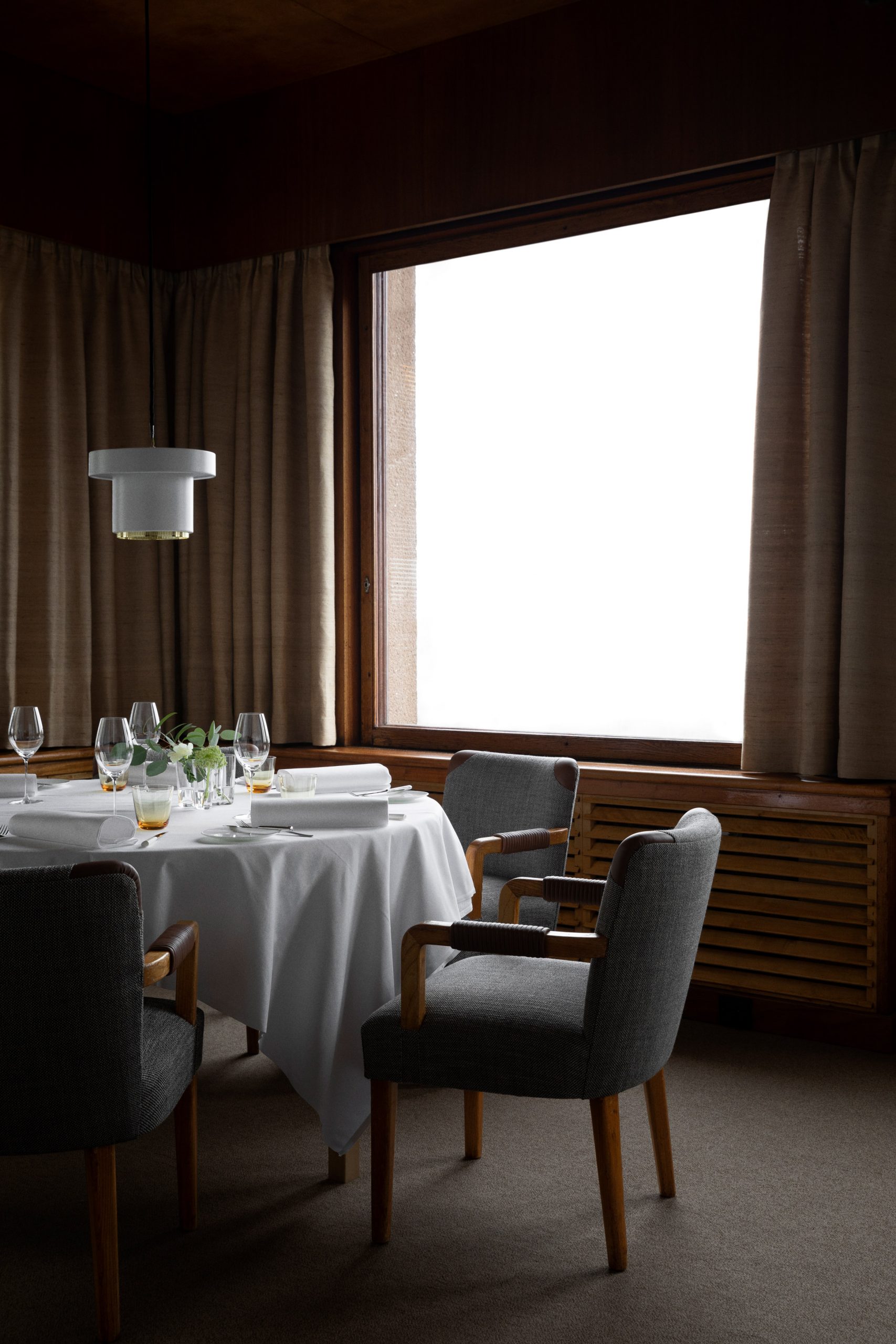 During the 1990s, all the seating throughout the dining room was upholstered in deep-blue fabric, but this has now been swapped for a soft grey textile.

The corners of the dining chairs and their armrests have also been wrapped in brown leather, complementing the new mushroom-coloured carpet that runs across the floor. 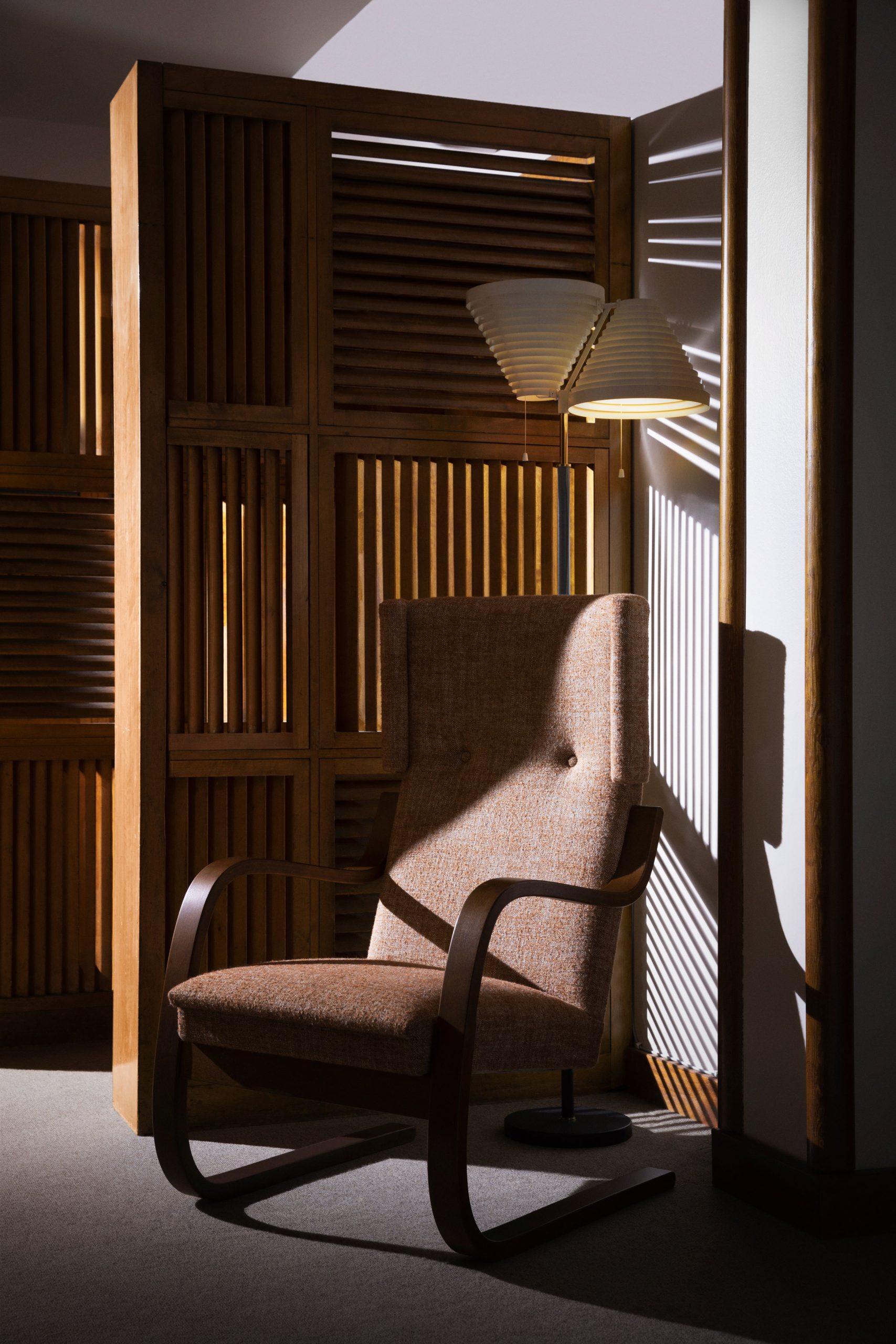 A cushioned banquette that runs along the periphery of the home has then been covered with a bold black-and-white striped fabric.

“This use of black and white was something we noticed Aino consistently liked to add into her work – there is a well-known photo of her wearing [this fabric],” explained Crawford.

Lighting in the room has also been tweaked – Artek’s cylindrical A201 pendant lamps have been suspended above the tables.

For Savoy’s indoor terrace, Artek has created a special edition of its Chair 611 model. Alvar Aalto designed the chair for the brand in 1929, before a version of it with a woven backrest was released 20 years later.

Those that now appear on the terrace feature an oiled timber frame and a back interlaced with bands of black leather, the dark colour specifically chosen to contrast the greenery of the plants dotted throughout the room. 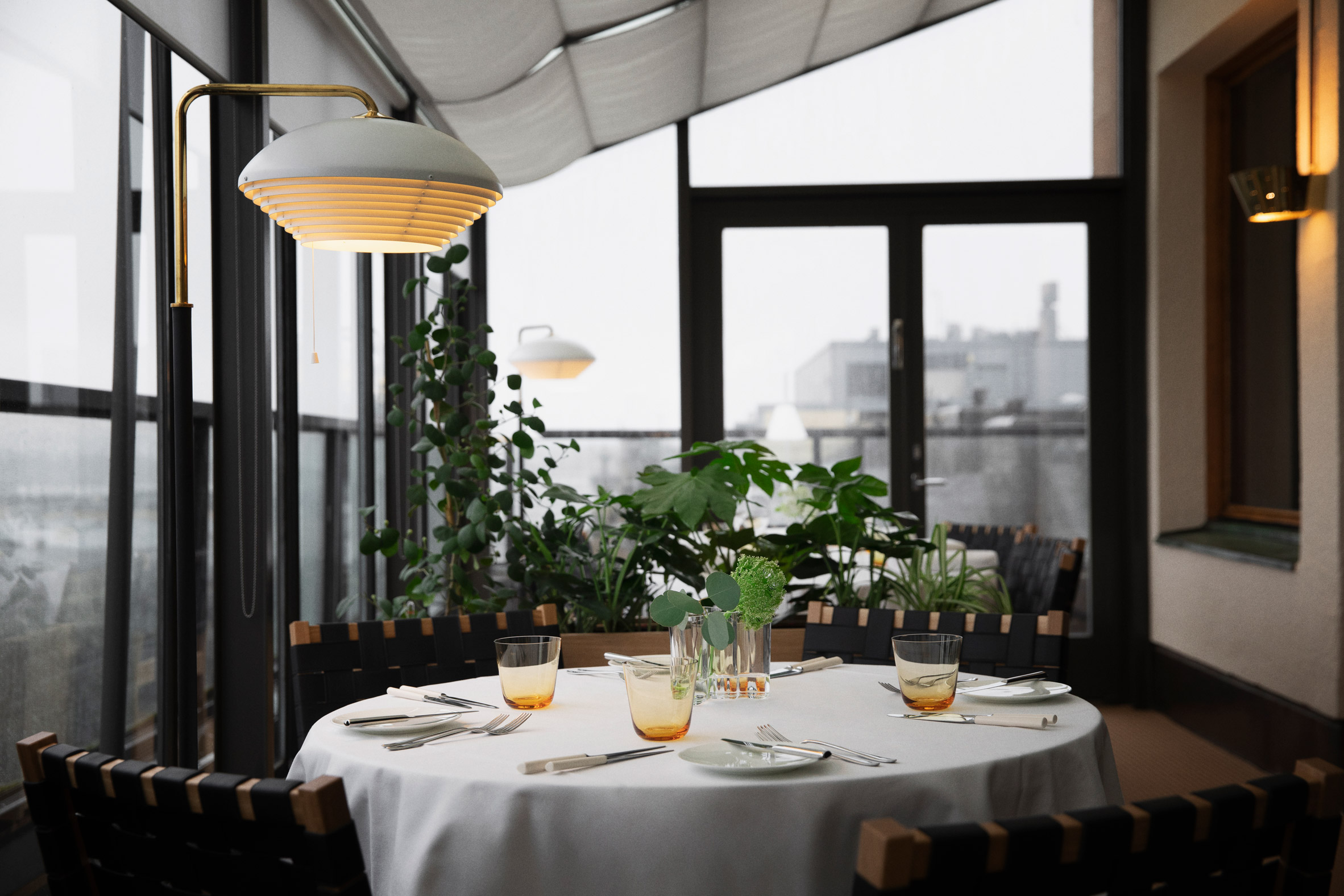 “When Savoy first opened in 1937, the terraces were all open, heavily planted with a selection of relaxed rattan dining chairs at dining tables. There is a great image of Alvar puffing a cigar here,” said Crawford.

“With this easy atmosphere in mind, we specified a limited-edition Aalto chair that visually integrates the space with the restaurant.” 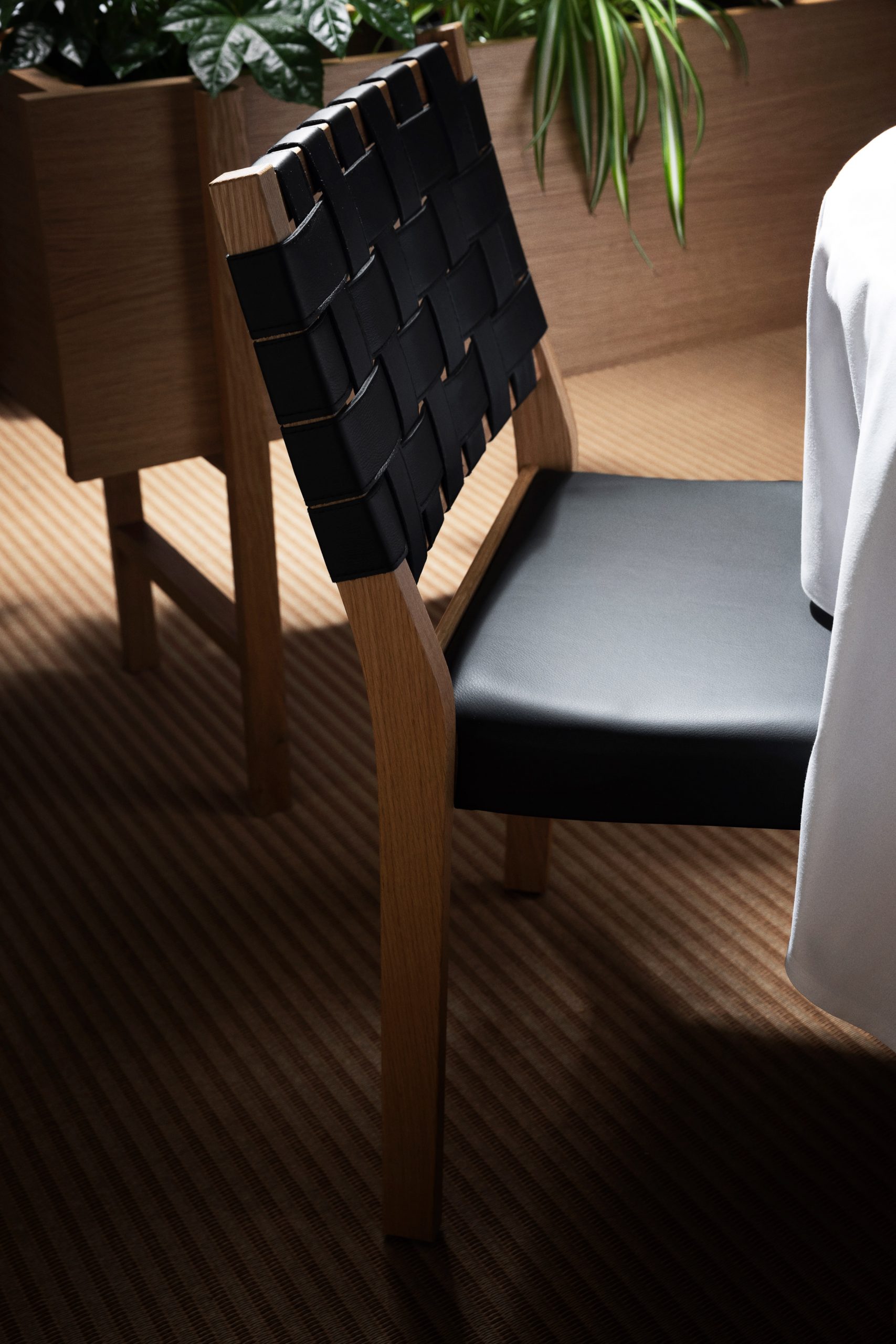 This is not the first one of Alvar Aalto’s projects to receive an update – back in 2014 the architect’s Viipuri Library in Vyborg, Russia was restored, while his Harald Herlin Learning Centre in Finland was renovated in 2017.