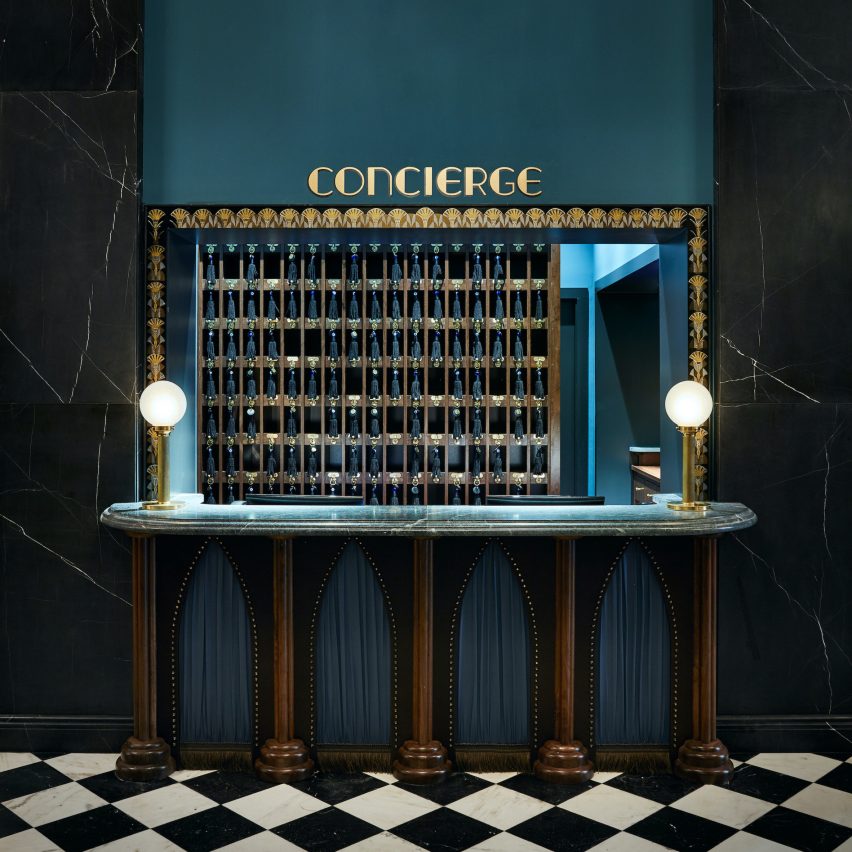 The hotel was nominated in the Hotel Conversion and Bar Club or Lounge categories at this year’s AHEAD Americas hospitality awards, which were shown in a video ceremony as part of Dezeen’s Virtual Design Festival after the event was called off due to the coronavirus pandemic. 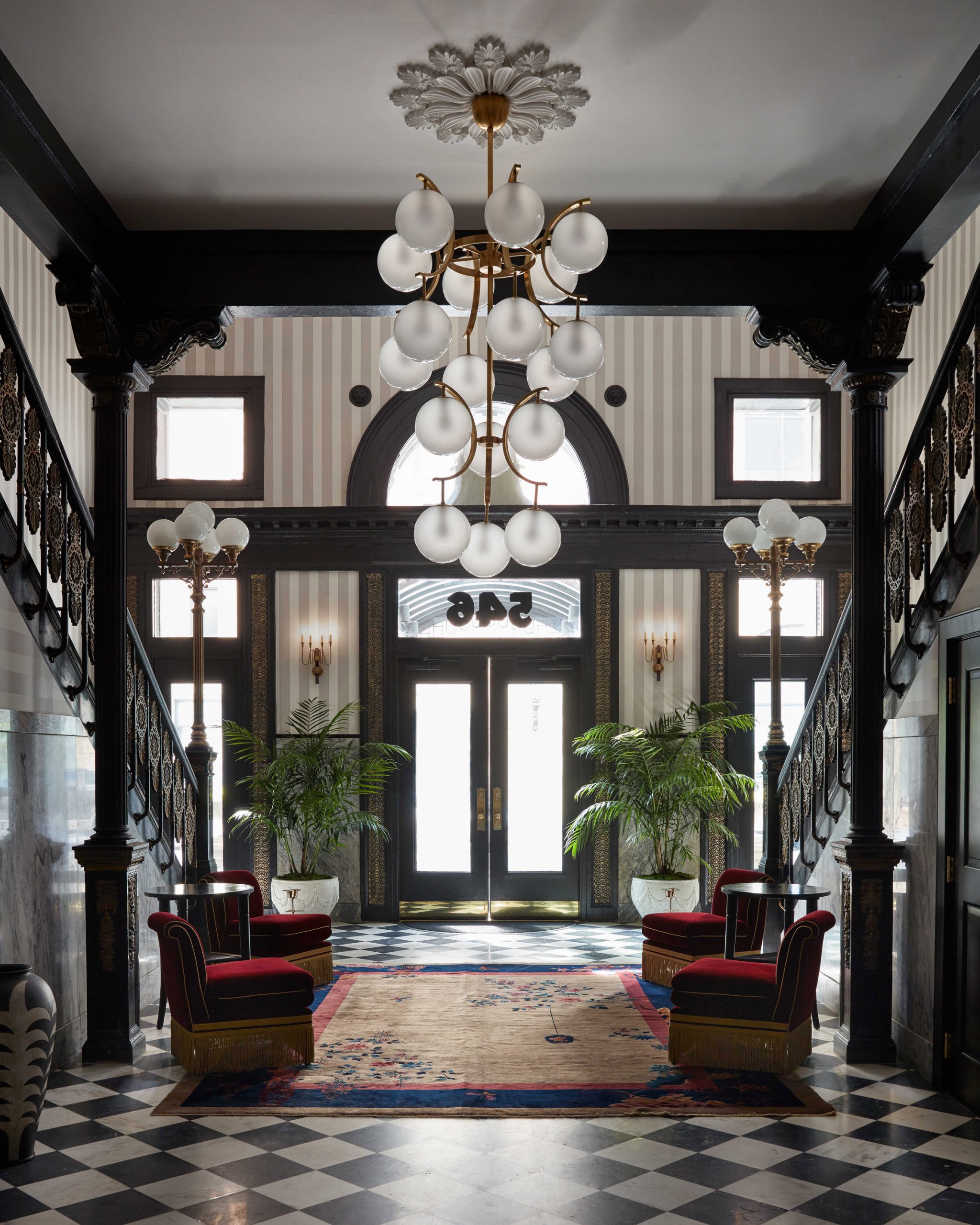 Last week Dezeen published a video about Sister City, a minimal hotel in New York also designed by Atelier Ace, which won an AHEAD Award in the Visual Identity category.

“This is our big foray into luxury properties” said Sawdon in the video interview, which was filmed by Dezeen using video conferencing app Zoom.

“It was an opportunity to do something that had Southern elements of hospitality, but with a very unique and unconventional design,” she continued. 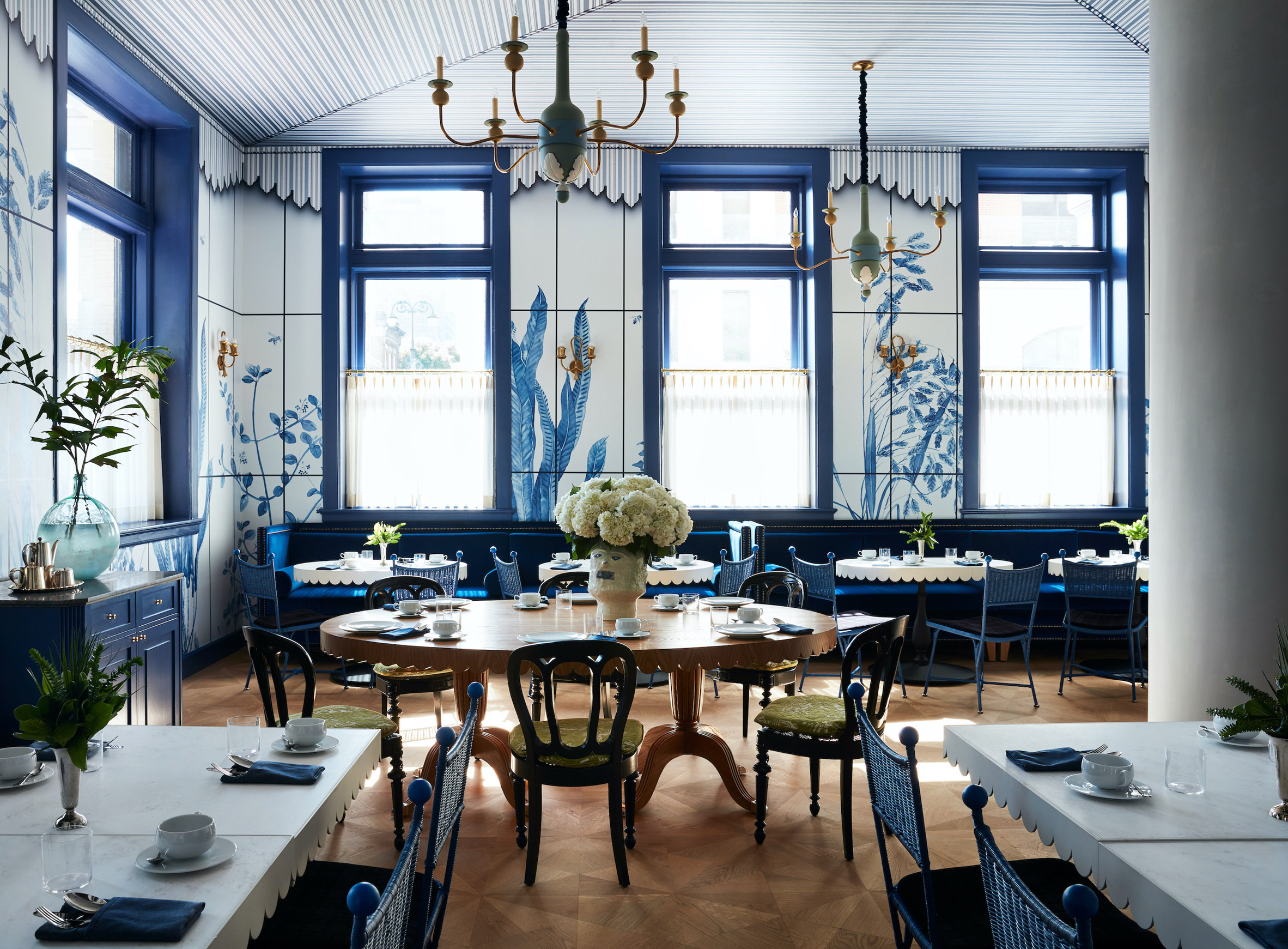 Studio Shamshiri’s interior scheme for the hotel packed its public spaces with a range of furnishings and artworks that draw on New Orleans’ multicultural heritage.

“It’s very layered and madcap and fun, and references a lot of iconography from around the world,” said Shamshiri.

“New Orleans is a lot about light and dark,” she explained. “It’s a town of pirates and ghosts and when you walk around, you’re very aware of different spiritual influences, so we tried to embody that in this building.”

“It’s very collected and eclectic,” she continued. “There’s a lot of rebirth iconography, from snakes to eggs and things of that nature.” 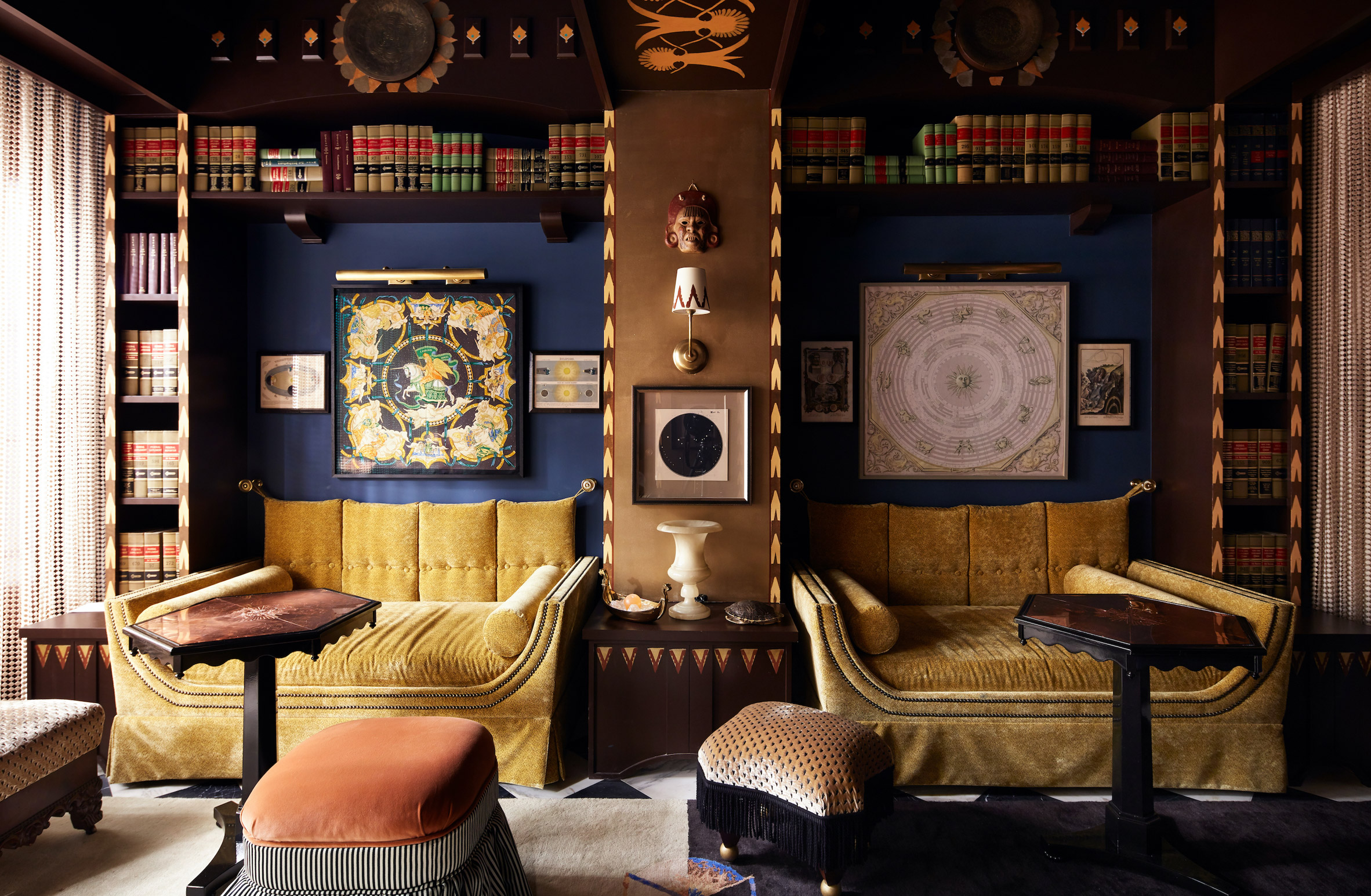 The building that houses Maison De La Luz is the former City Hall Annex, and making its voluminous spaces hospitable to guests posed a challenge to the designers.

“The bones of the building are so gorgeous,” said Shamshiri. “The challenge for me was to make it feel residential – everything that we did architecturally was to make it more human scale and really make it feel like you were in someone’s grand home.” 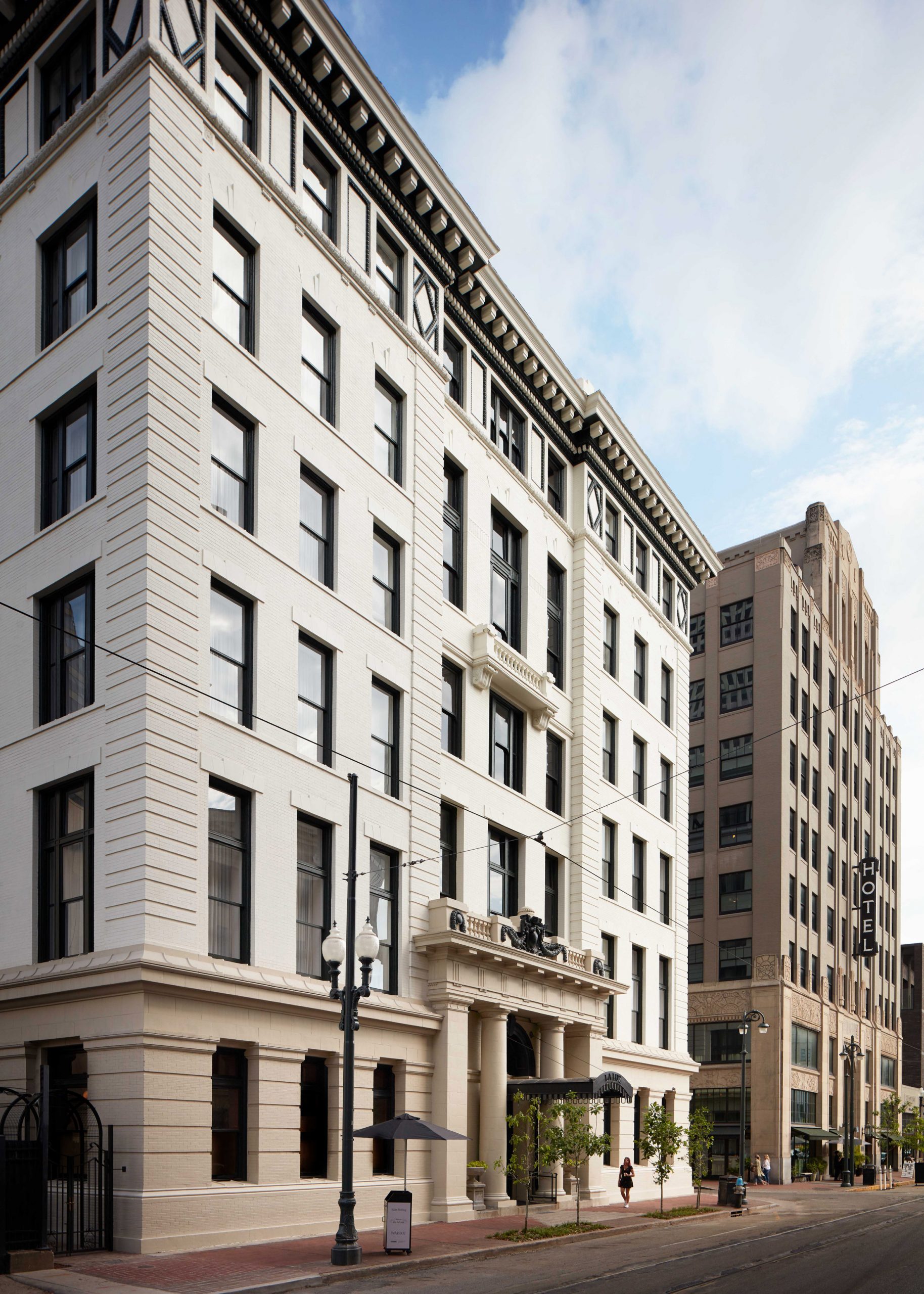 A notable feature of the hotel is the AHEAD award-nominated Bar Marilou, which is open to the public and has a separate entrance. On the other side, the doorway is disguised as a shelf filled with an eclectic mix of books.

“Bar Marilou is our public bar that is a lively, very energetic, beautifully designed vibrant space that allows guests to quickly feel like they’re getting all of the best elements of the city,” said Sawdon. 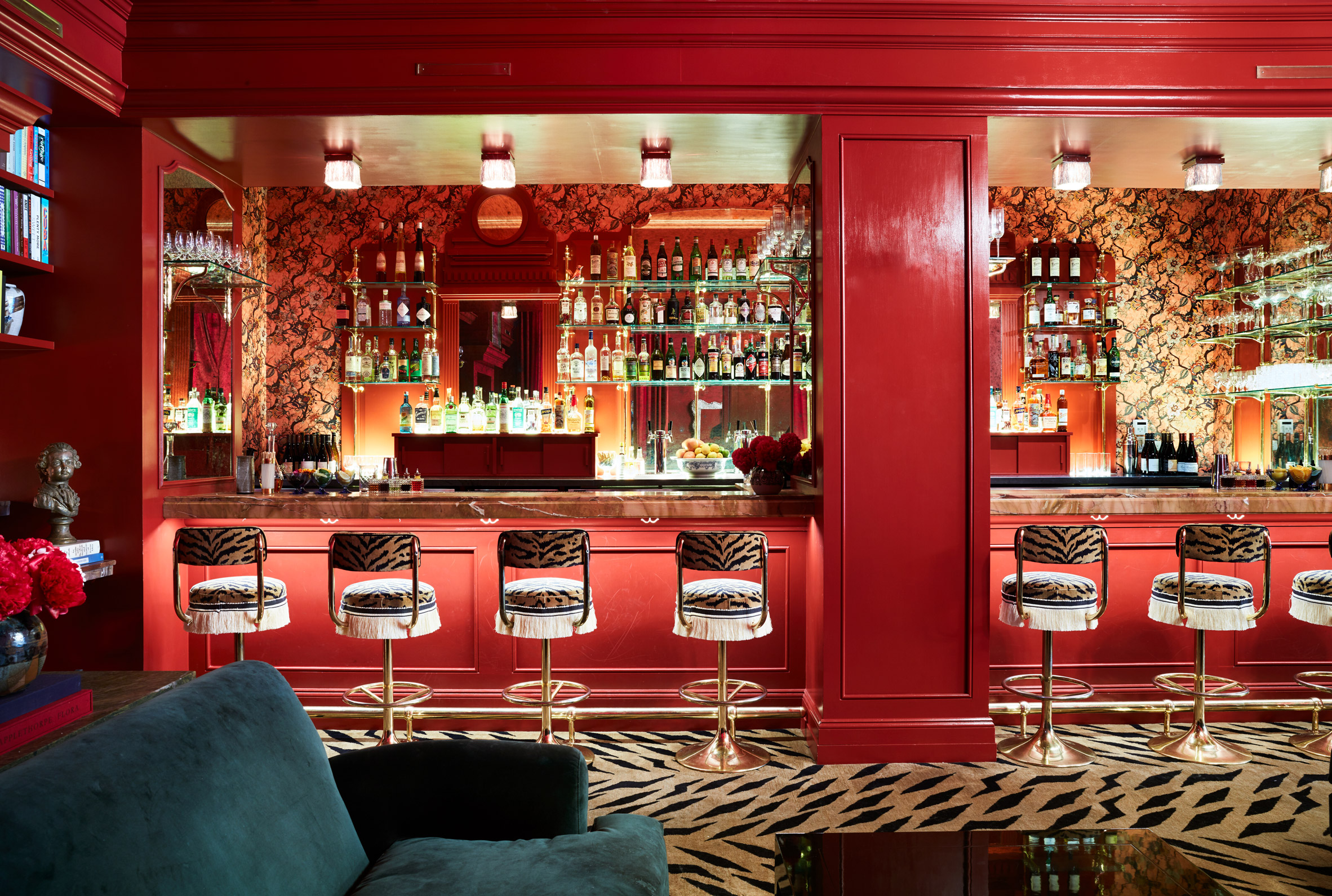 The 67 guest rooms were designed with a calmer, quieter scheme than the hotel’s eccentric public spaces, in order to offer a respite from New Orleans’ lively streets.

“When you enter the room, the palette becomes much lighter and more minimal,” Shamshiri explained. “There’s so much celebration and so much activity in New Orleans at all times of the day and every week of the year – I wanted a place of reprieve and recharge.” 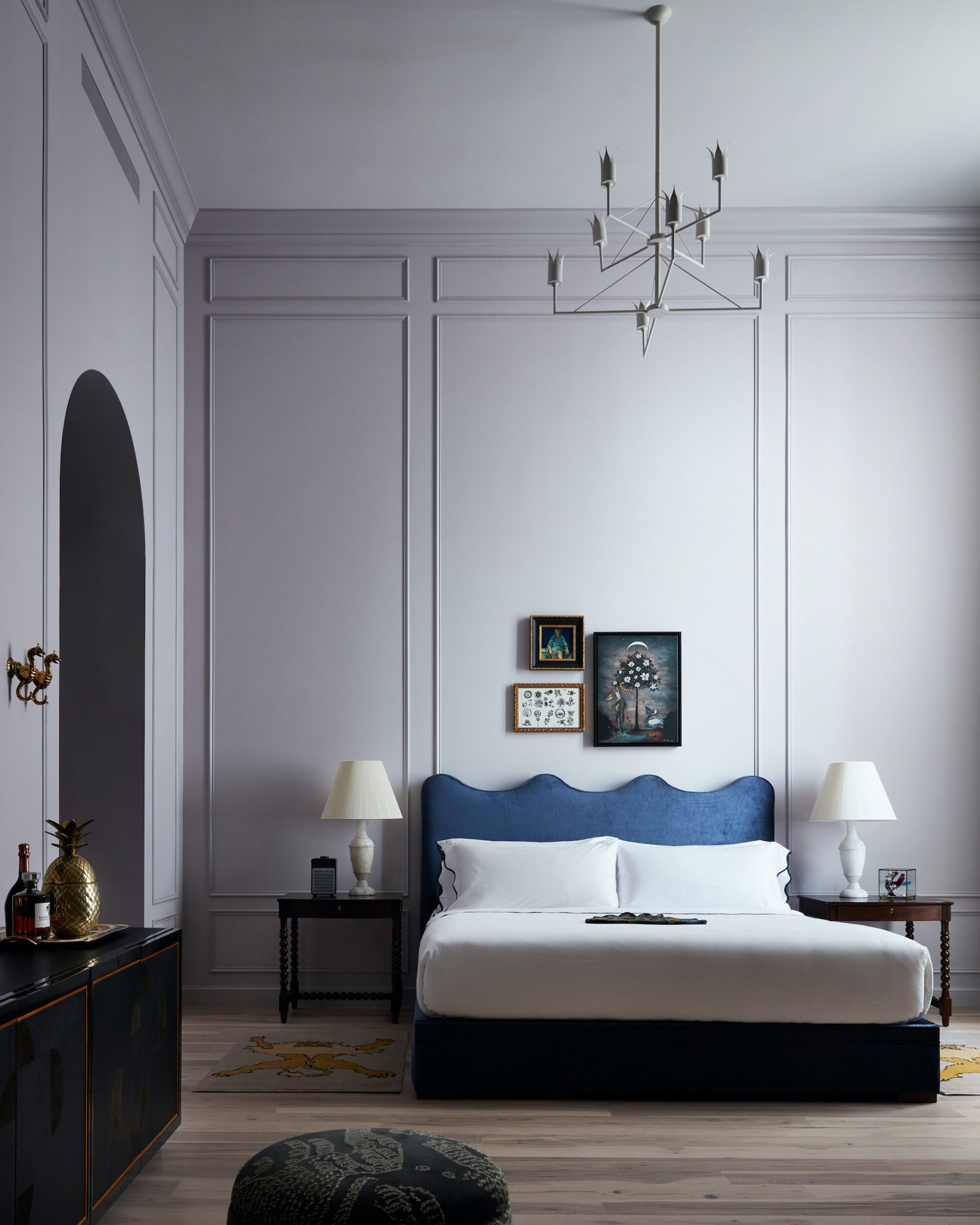 Reflecting on the role that hotels will play for travel in a post-coronavirus world, Shamshiri emphasised that guests will be searching for extraordinary experiences.

“If you are going to embark on a journey, I think you want it to be sentimental and historical, of the place,” she said. “You want it to be moving, and to be an experience that you can’t get online.”

“I actually think the pressure is going to be on for placemaking, and creating places that are experiences.” 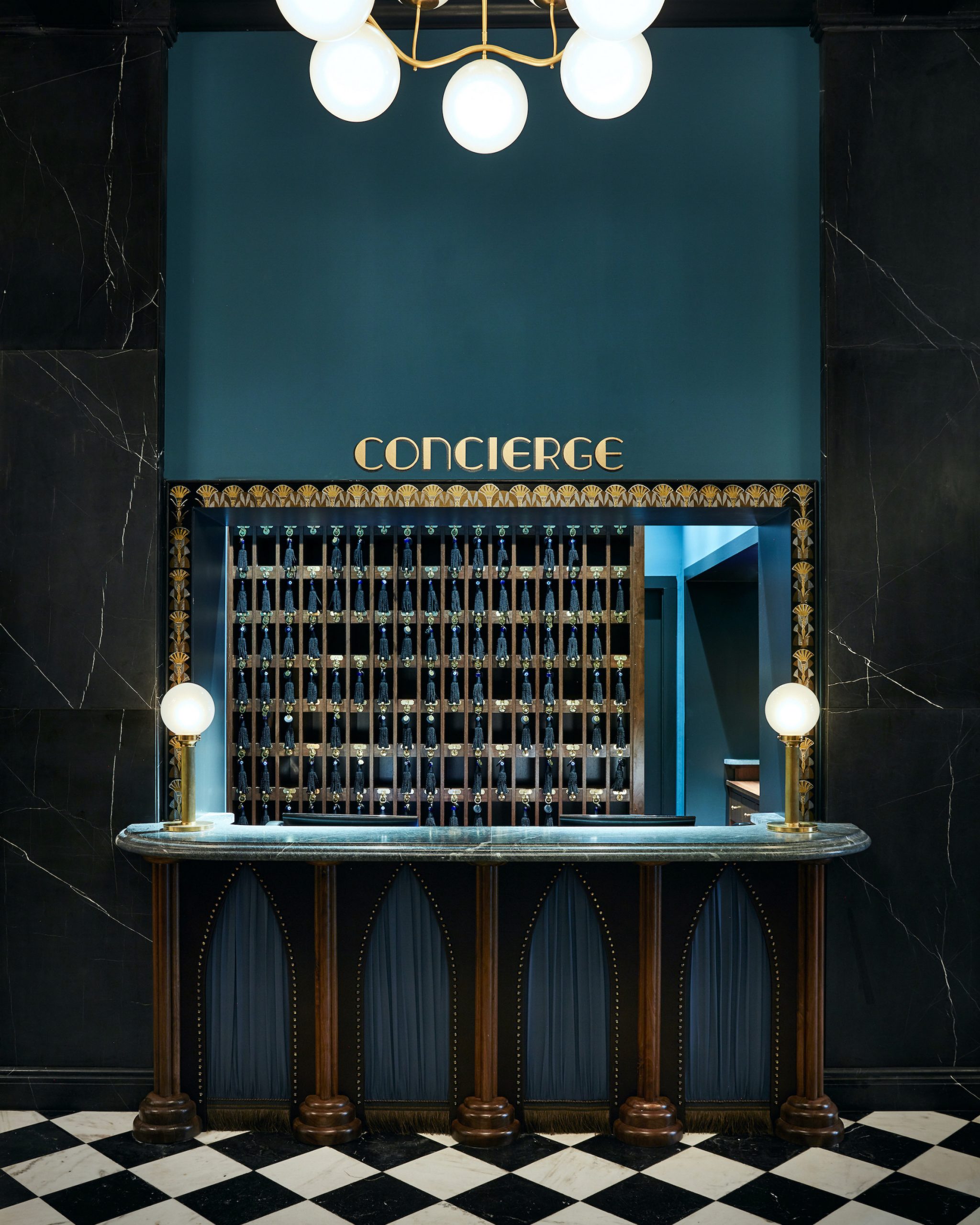 The AHEAD awards celebrate hospitality projects from across the world and is split into four different regions: Asia, the Americas, Europe and the Middle East and Africa.

The 2020 Americas leg of the competition awarded projects that opened, reopened or launched in the continent between November 2018 and December 2019.

This video was produced by Dezeen for AHEAD. Photography is courtesy of Atelier Ace.