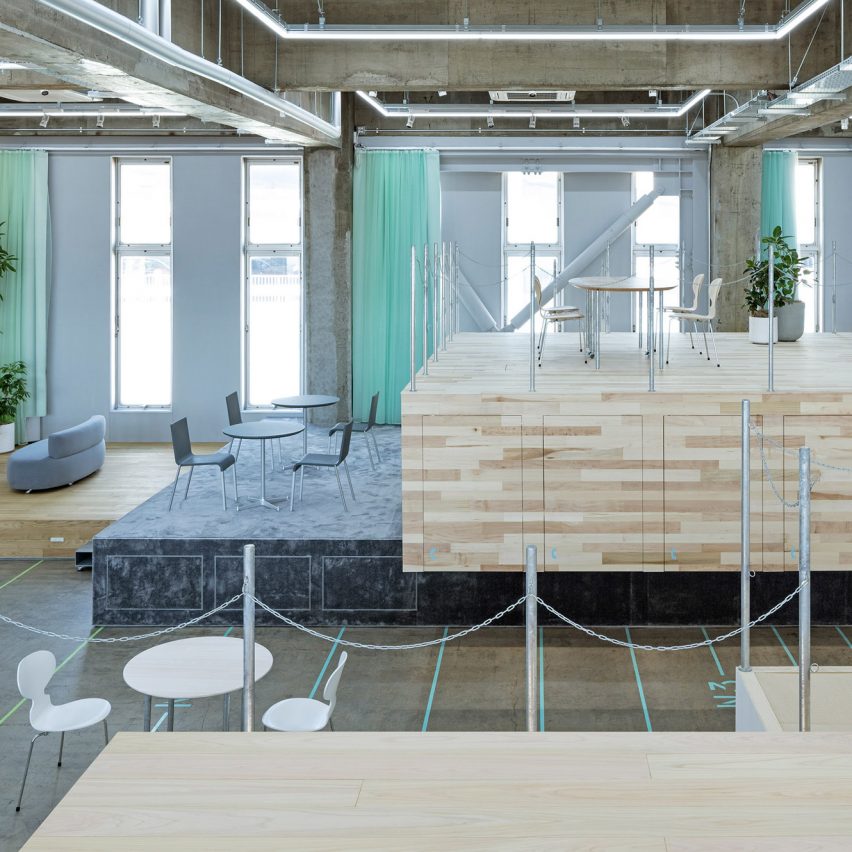 Shuhei Goto Architects added large, stepped boxes to a former lecture hall to transform it into a playful multi-level office in Shizuoka, Japan.

The Shizuoka-based studio worked with creative agency Loftwork on the project, called CODO, which was designed for logistics company Suzuyo‘s head office in the city. 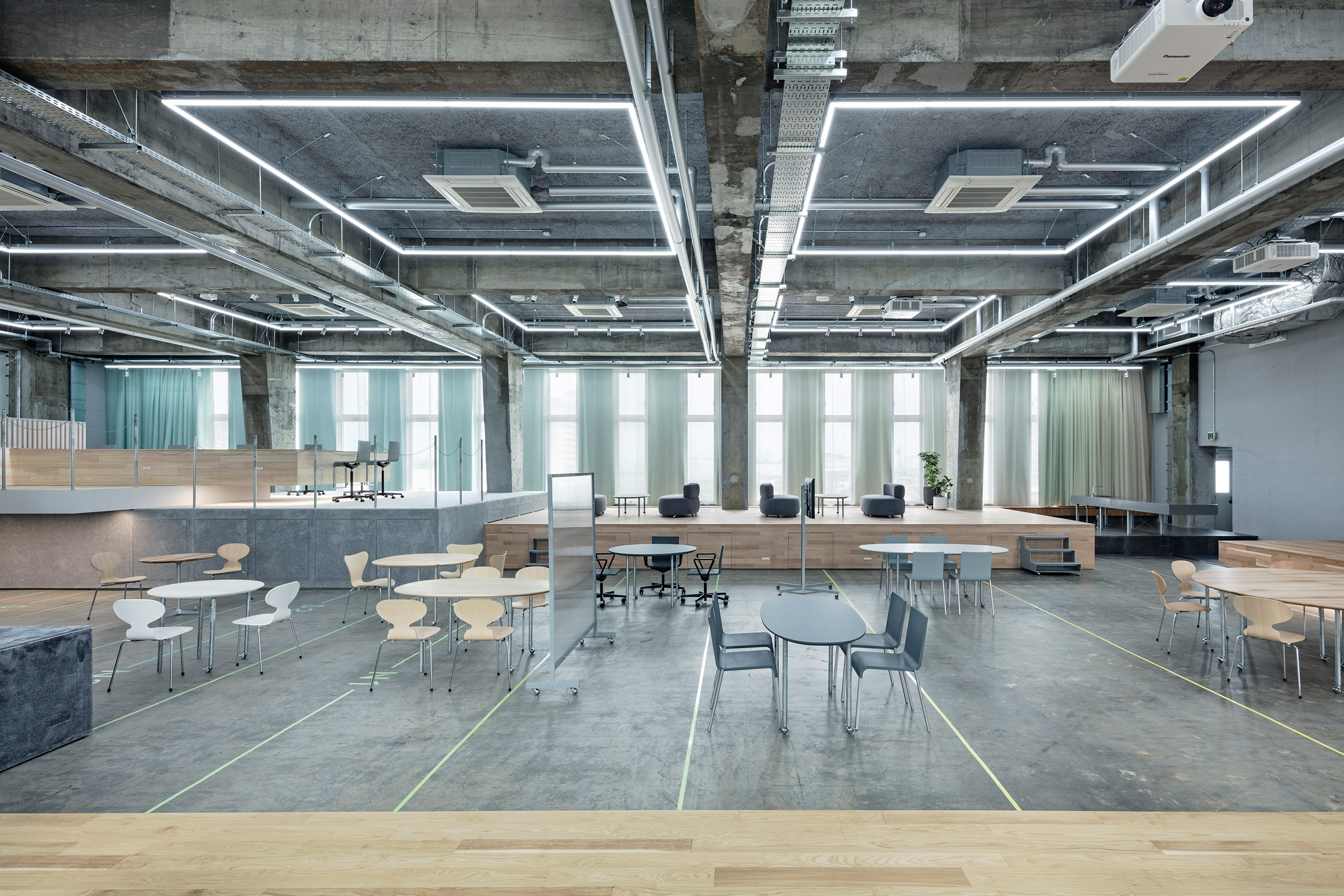 An auditorium, which had previously been used for in-house events, was turned into a multi-use room where employees can work or take their breaks and the company can hold events and lectures.

Shuhei Goto Architects’ design was informed by the 913-square-metres room’s high ceiling height. It added box-like steps to its periphery to fully utilise the existing space and allow people to circulate freely. 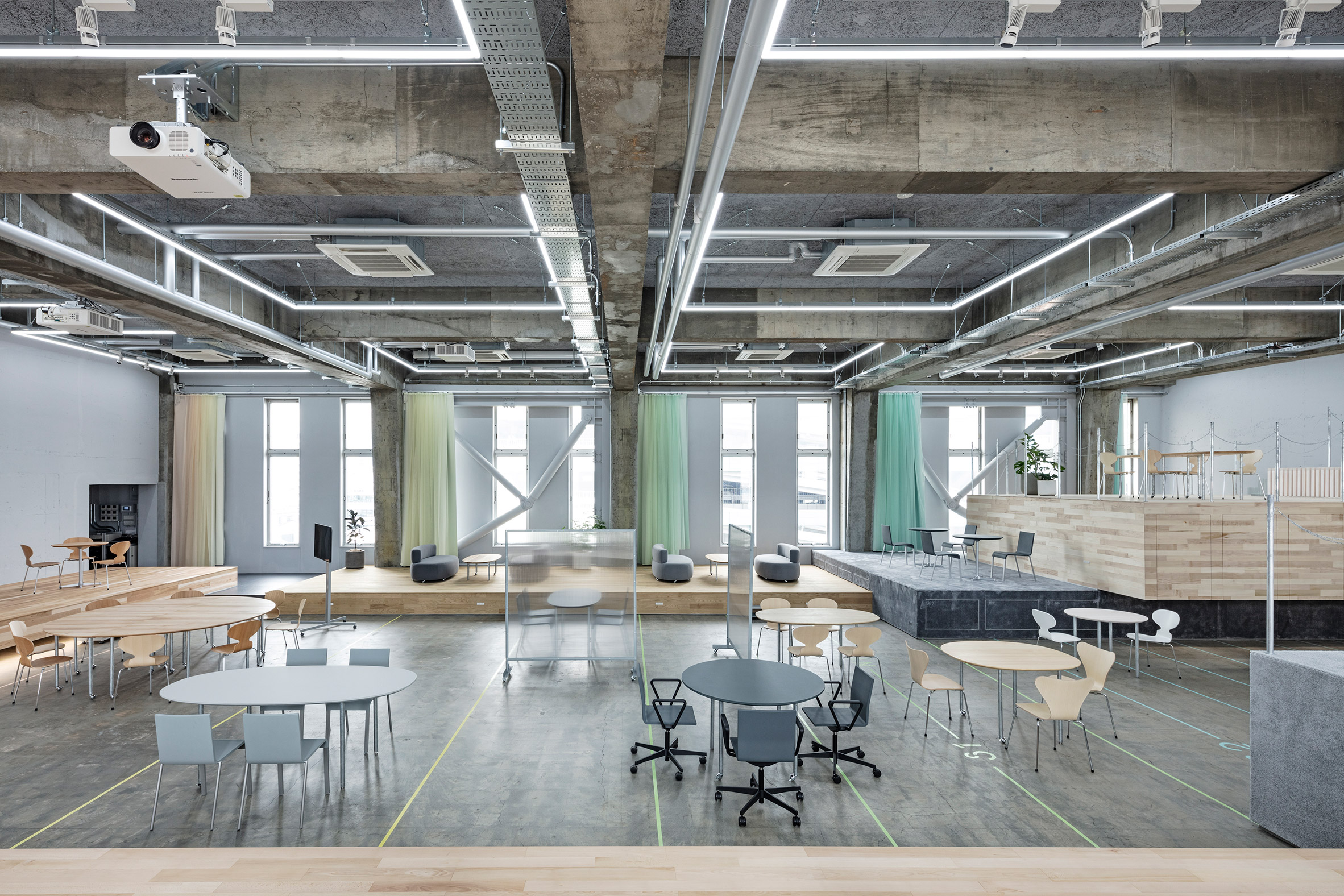 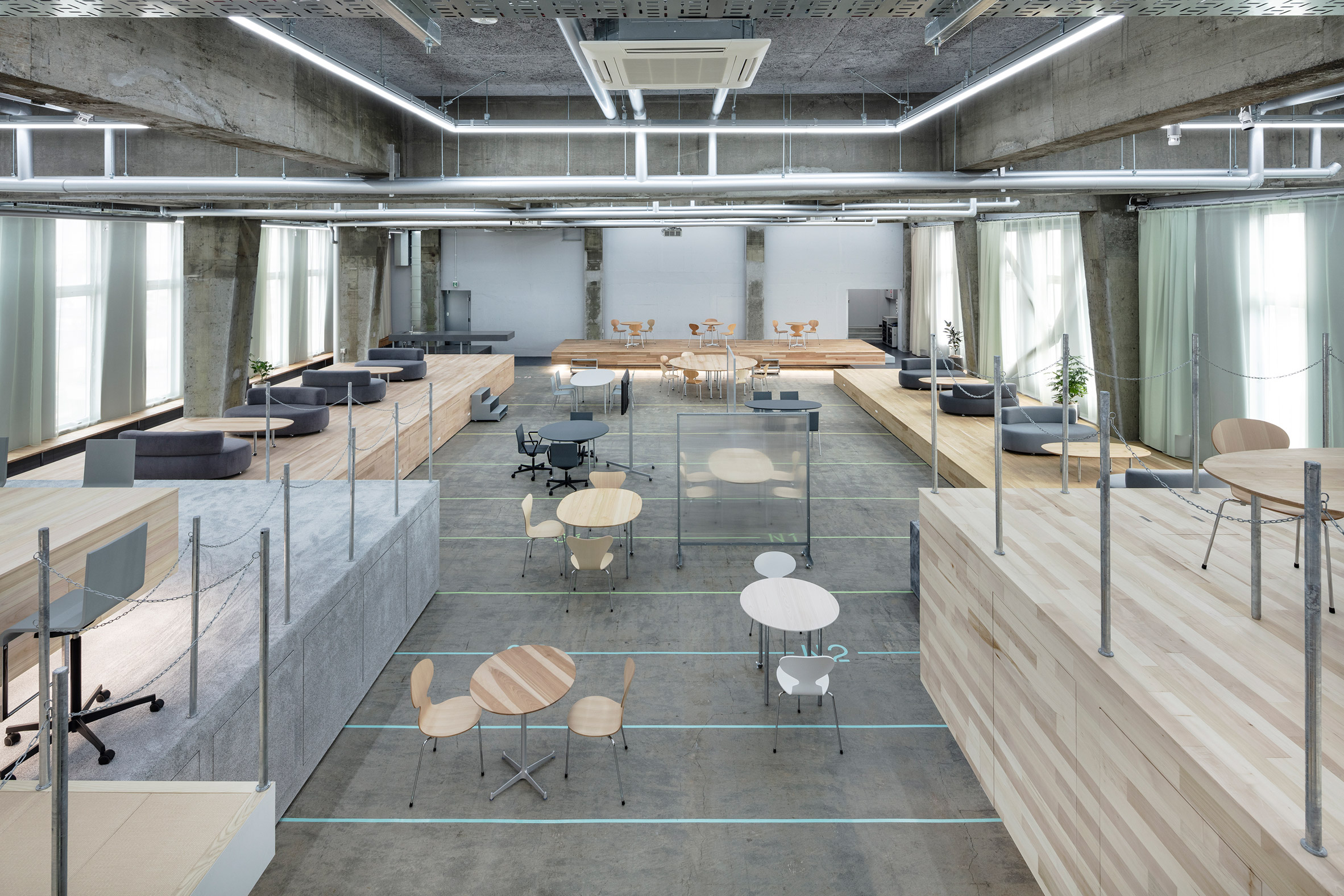 The stacked steps, which the studio describes as “too large for furniture and too small for architecture”, can be used as benches or tables, or simply as raised platforms to add seating on different levels of the room.

A walkway between the stacked boxes connects two sides of the room, and details like soundproof built-in phone booths and a cantilevered viewing platform give it a playful feel not usually associated with office spaces. 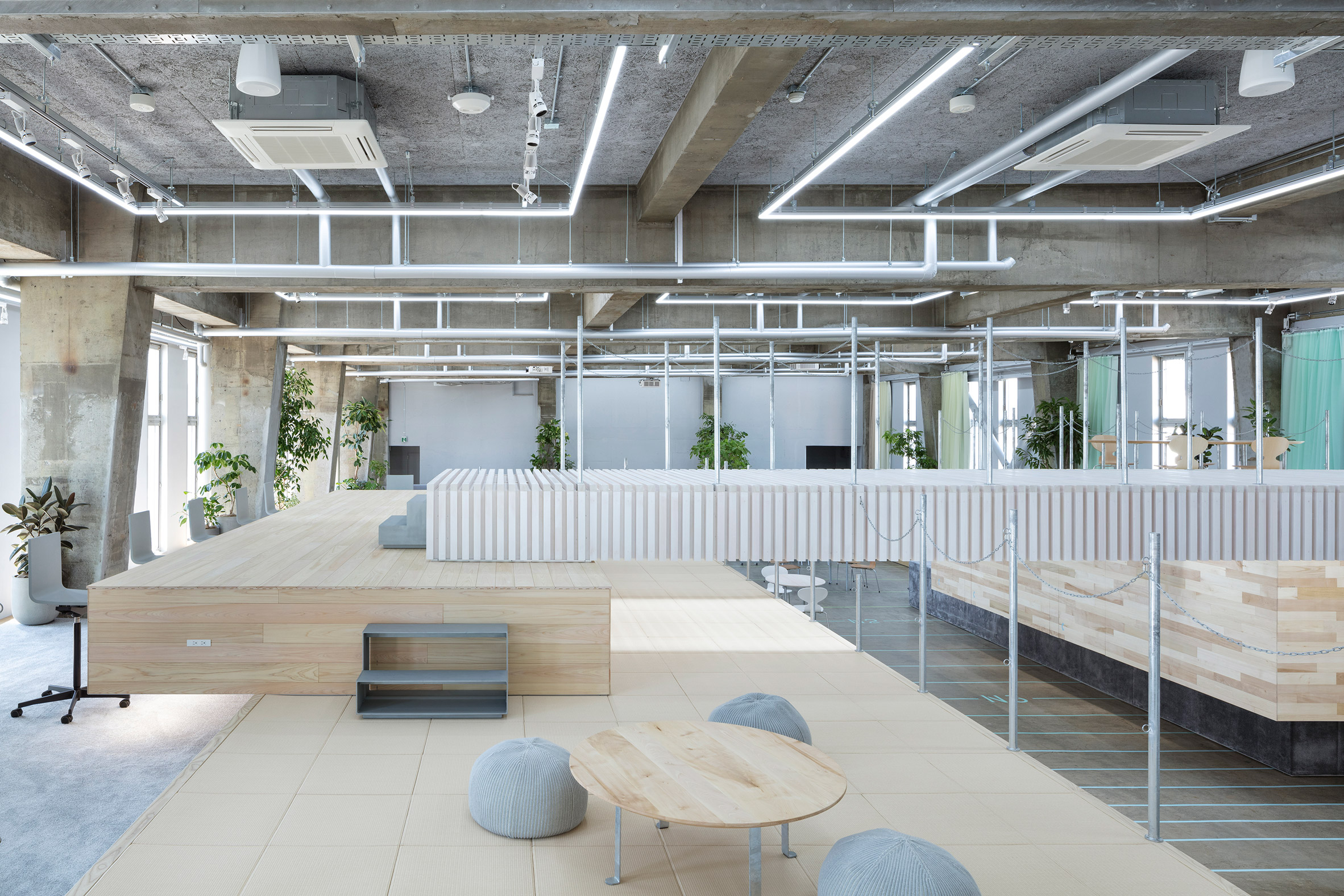 When the company hosts events, one of the boxes serves as the stage and others as seating areas.

As the building is used as an emergency evacuation shelter for the area, the hollow steps of the boxes can also be used as storage for emergency supplies. 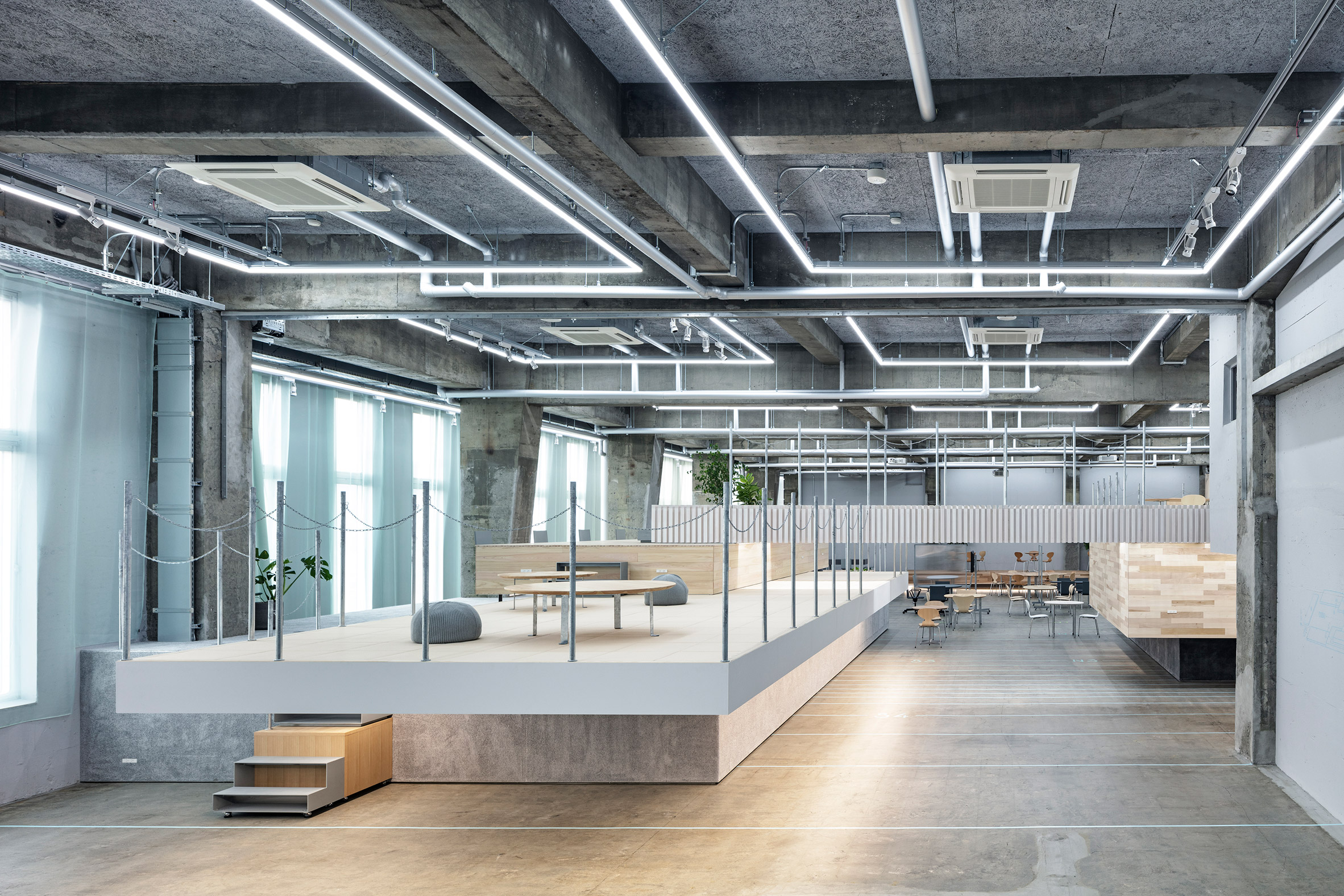 “The double curtain-lace and shade is printed in gradation colour,” he told Dezeen. “The double gradation makes it look like natural light is leaking out.”

Different materials were used for the floors on the different levels, with the floor of the space itself made from concrete and the lowest-level platform made from hardwood flooring.

Some of the upper levels were carpeted to denote a difference in the areas. 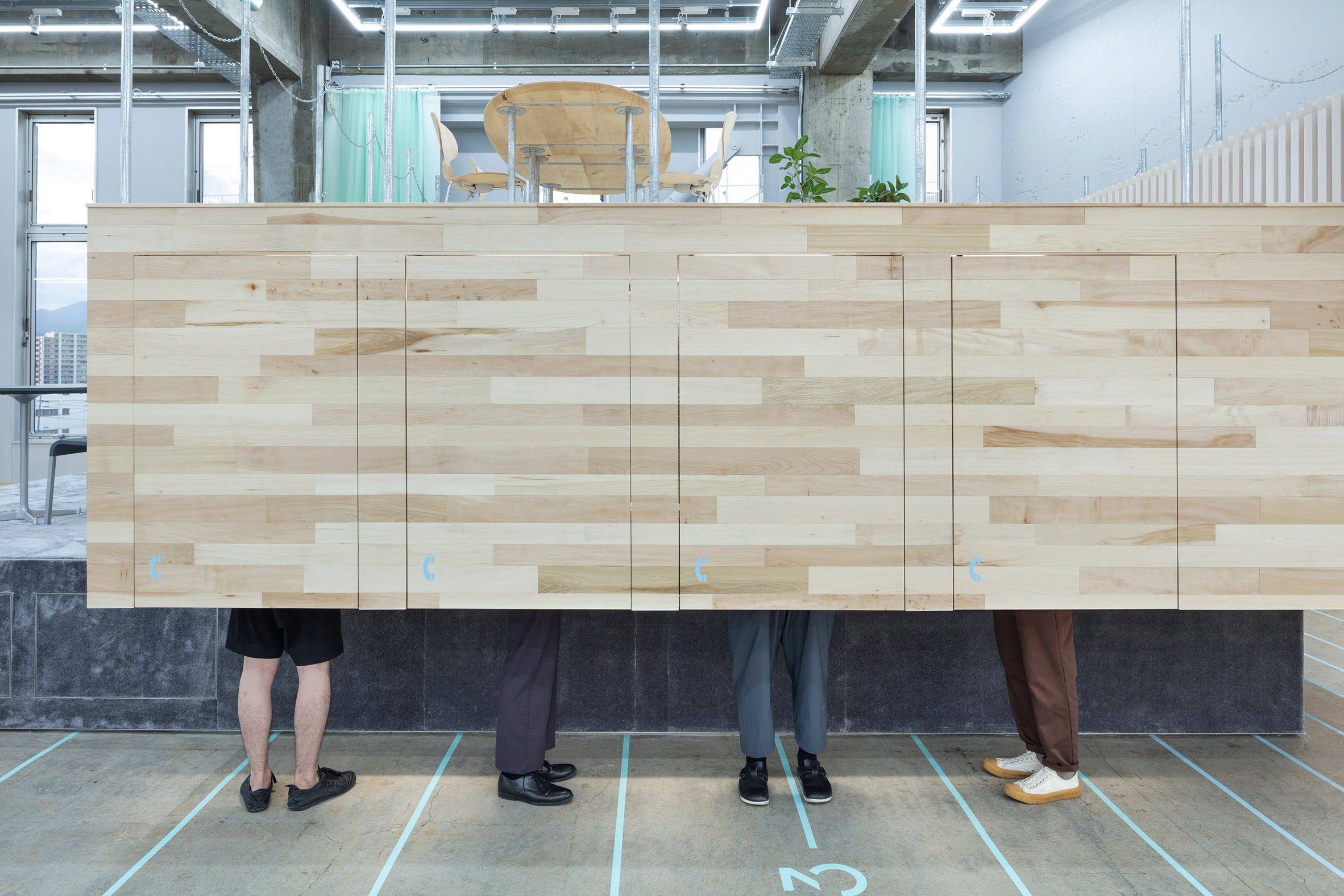 “This office was designed as a prototype for offices in a new era of innovation, based on the idea that today’s office space needs some room for flexible renewal and updates initiated by employees themselves,” the studio said.

The CODO project has been longlisted for a Dezeen Award in the small workspace interior category this year. 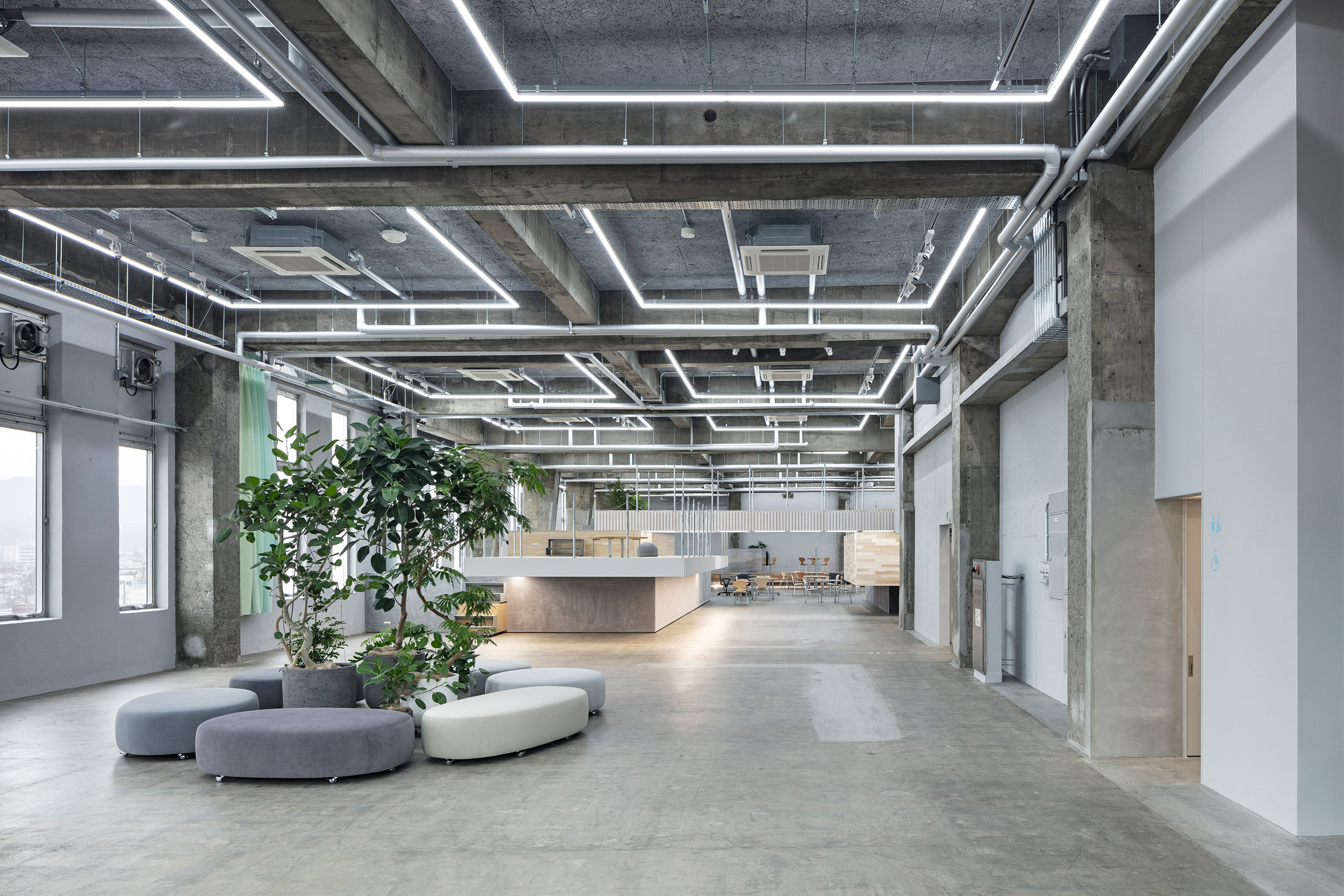 Shuhei Goto Architects was founded by Shuhei Goto in 2012. The studio has previously created the Floating House in Ogasa and designed a residence formed of four connected, house-shaped volumes.

Photography is by Kenta Hasegawa.