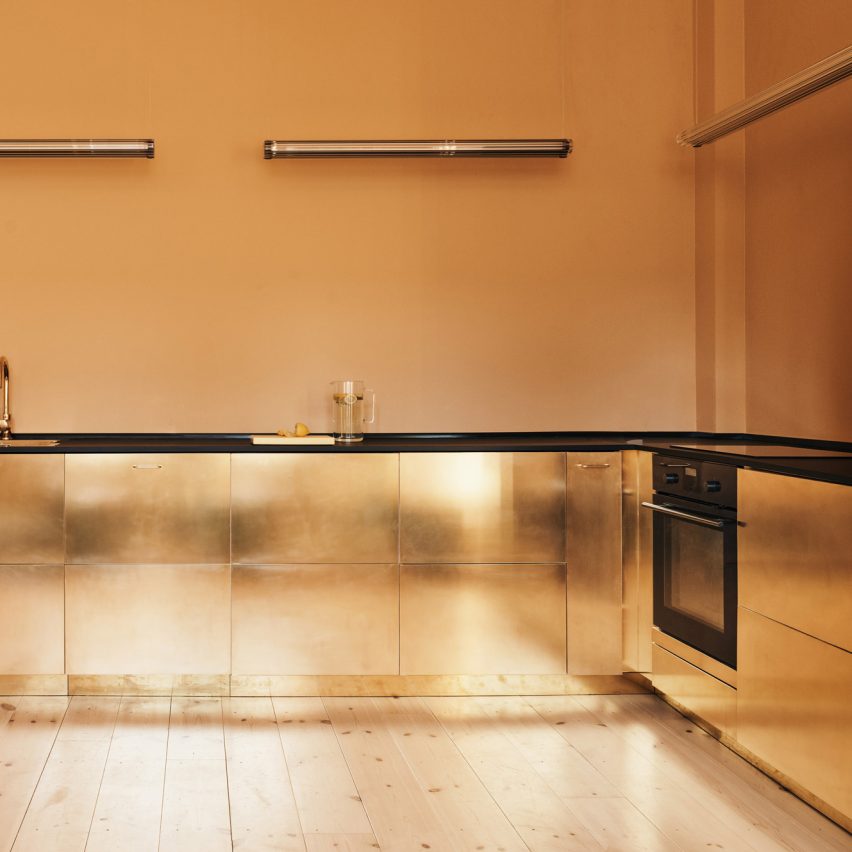 This week on Dezeen, we continued our series of pieces focused on visual inspiration for the home, with a roundup of 30 architect-designed kitchens.

Previous pieces in the series focused on design for the home include 30 bathrooms designed by architects and seven bedrooms with statement walls and 10 colourful kitchen interiors.

In architecture news, this week saw demolition begin on part of Japanese architect Tadao Ando’s only building in the UK. The six-metre-long concrete wall in Piccadilly Gardens, Manchester, forms part of a pavilion, which will remain.

In Barcelona, the city council announced its plans to create numerous squares by transforming a third of the street in its central Eixample district into green car-free public spaces.

In design news, Lekker Architects and Lanzavecchia + Wai created a manual filled with tips on how to hack IKEA products to better serve people living with dementia.

Also focused on the home, Zaha Hadid Design released a range of door handles that can bring the studio’s characteristically sinuous style into interiors.

We interviewed The Crown costume designer, Amy Roberts, who explained how she used the wardrobes of Princess Diana and Margaret Thatcher to reflect their complex relationships with the Queen in the latest series of the television show.

Roberts achieved this by creating costumes that combined “forensic accuracy” with “flights of fancy”.

The contest, which has a prize fund of €46,000, challenges contestants to create beautiful designs that make innovative use of OLED technology.

Popular projects on Dezeen this week include a 100-year-old townhouse in Kyoto that was converted into a moody and tranquil guesthouse, a bakery in Copenhagen with off-white walls and terrazzo floors and five terraces of brick housing in London designed by Peter Barber Architects.

This week on Dezeen is our regular roundup of the week’s top news stories. Subscribe to our newsletters to be sure you don’t miss anything.

The post This week we looked at 30 architect-designed kitchens appeared first on Dezeen.